You don't have to be in the country to see wildlife. Especially birds. When driving down the streets of whatever town you're in, look up occasionally at the telephone and electric poles. If you do, there's a good chance you'll catch a glimpse of some magnificent feathered creature.

This afternoon, while doing errands in downtown Clermont, I spotted several birds by doing just that. Below is a pair of ospreys roosting on their sloppily built nest atop an electric pole while a small unidentified bird sits a wire a safe distance away. 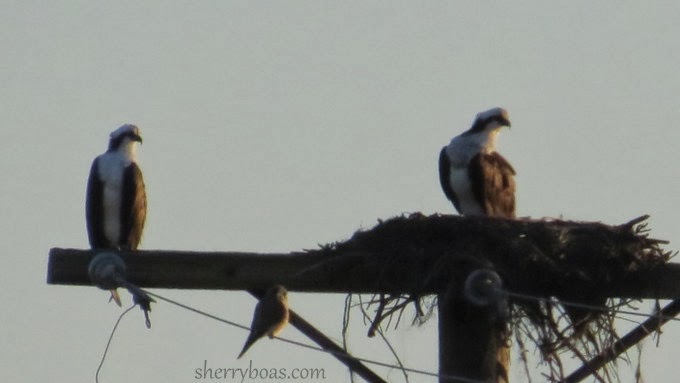 A few miles down the road, in between Groveland and Clermont, I noticed a red-tailed hawk on an electric pole right next to SR 50.  Cars were whizzing by but the raptor seemed unfazed by the noise and exhaust fumes.  I pulled into a subdivision to snap off a few pictures while the hawk remained focused on the task of finding his next meal. 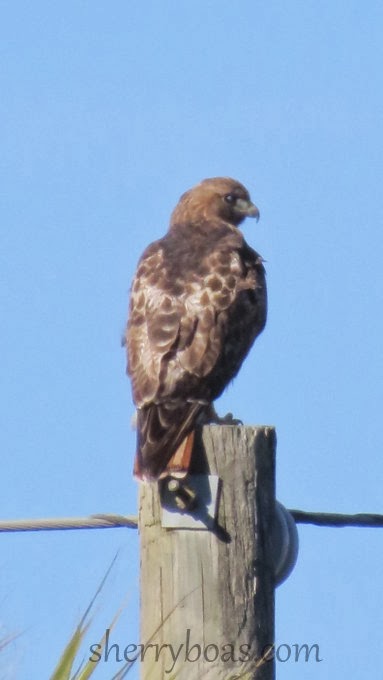 When I left the subdivision, I turned back onto SR 50 heading toward the older, downtown section of town. About a mile farther along I spotted a kingfisher perched on a wire overlooking a tiny pond. The interesting thing was, I had noticed the kingfisher in the exact same spot yesterday as well. I didn't have time yesterday to pull over but today, determined not to miss a second chance to photograph the bird, I circled around the block until I found a spot to safely pull over. 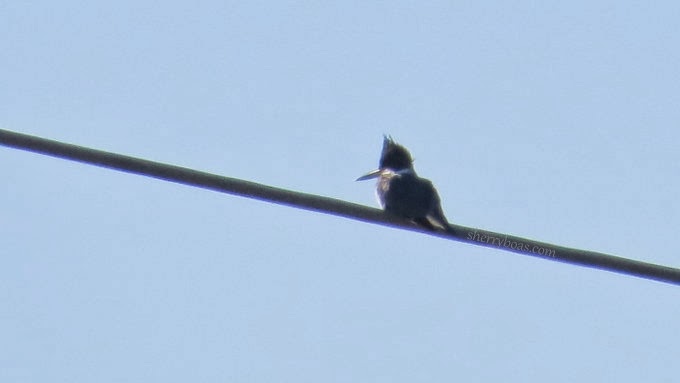 Within just a few miles and in less than a half-hour, I had photographed three different kinds of beautiful birds.  But that wasn't all I saw.  I passed, but was unable to stop and take pictures of other wildlife too. There were bluebirds on wires, a dead tree covered in roosting vultures, white egrets surrounding cattle grazing in a field and various small songbirds flitting about from one spot to another.

The point is, wildlife is all around us.  The only thing it takes to see it is a willingness to look.

Ralph can never figure out why I don't mind going into town to do errands.  To him, leaving home is an unpleasant task but I see things differently.  To me, each venture out is an opportunity to see something new. I never know what I'm going to find but I know I'll find something.

Today it was a kingfisher, a pair of ospreys and a red-tailed hawk.  I can't wait to see what I discover (and photograph) tomorrow!
Posted by sherry boas at 6:16 PM