Last April, when the lone offspring of the sandhill cranes that nested on our lake was eight days old, the entire family left to make a new home on acreage that abutted our own. 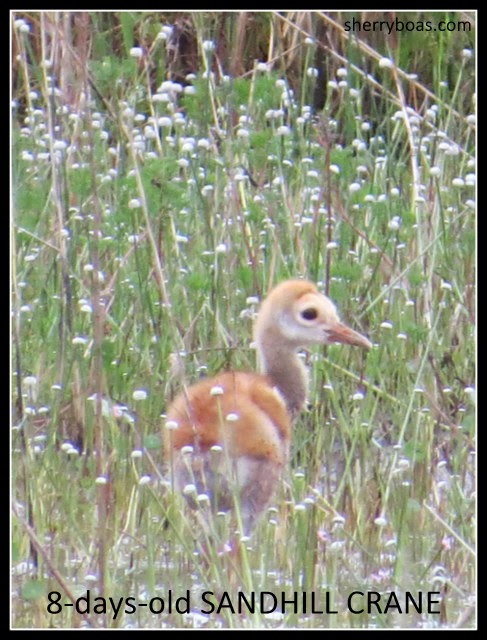 To say I was disappointed would be an understatement.

I had become completely entranced by the baby crane's development from egg to hatchling. Everyday I'd go out and take pictures, watching how quickly the chick learned new skills and how involved both parents were in their hatchling's education. When the family suddenly left, I was sad and worried.

After realizing where they went, I'd peek through the bamboo hedge dividing our two properties to catch a glimpse of the growing chick as it followed its parents across my neighbor's pastureland.

I became so attached to the crane family that it took a while for me to adjust to their departure. Eventually, however, I accepted the fact that they weren't coming back.

Of course, that's when they returned.

Three months ago, the entire family came back. I knew it was the same birds because on their first return visit, they made a beeline for the birdfeeder where in April, the female crane had stuffed herself on seeds just before laying eggs.

Although I had long since removed the feeder (it's unwise to feed sandhill cranes because they can get aggressive), the birds remembered where it had been and proceeded to poke the ground where birdseed used to fall.

That evening and every night since, the three cranes spent the night on the tiny island where they originally nested. Just before dark, they fly in to settle in the shallow water on the north end of the lake where small islands reemerged after summer rains ended. They roost on those small spits of land — safe, secure places to rest. 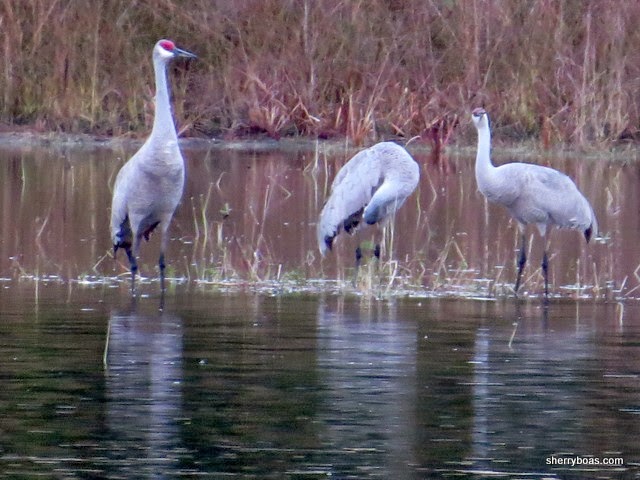 I watch the cranes at dusk and again in the morning before they fly off to wherever it is they spend their days. Aside from noticing how big the baby crane has gotten (all grown up!), I've noted how territorially possessive they are. For birds that only spend part of each day in our lake, their territorial instincts are off the charts.

Just the other day, my husband Ralph and I were taking an early evening stroll. Overhead an osprey was flying while a great blue heron was searching for prey in the shallow water.

The crane family had not yet arrived, although they were due any minute. Sure enough, as I watched the heron in the waning light, the crane trio swept in on silent wings. 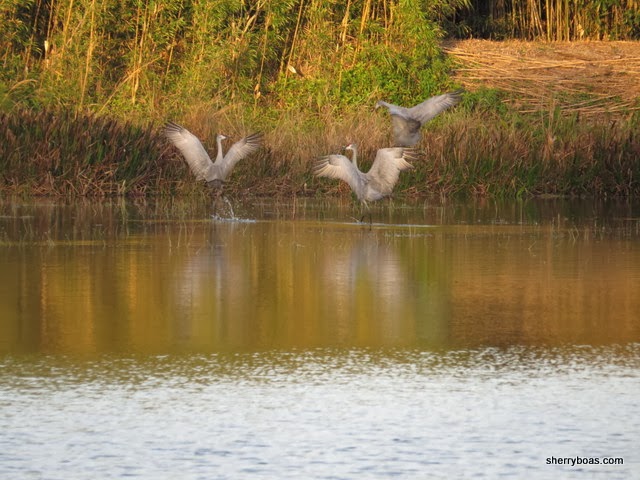 Usually after the birds land, they engage in a routine set of evening ablutions that include stretching, preening and poking about in the water. This evening, however, rituals were set aside as the birds focused their entire attention on the intruder. With a determined gait, the trio proceeded to parade single file toward the hapless heron. 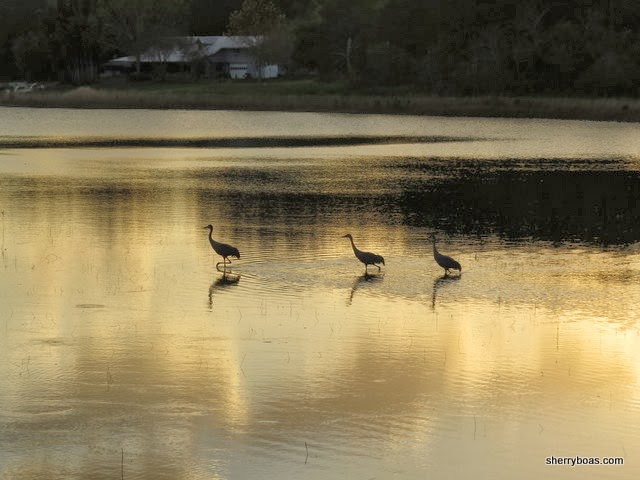 When the lead crane (I'm guessing, the male) was only a couple feet away, it jumped up, flapped its wings and bellowed as if to say, "What do you think you're doing wading in this end of the lake? Go find somewhere else to fish! These are our islands!"


Without hesitation, the heron flew off toward the southern end of the lake. With the "threat" taken care of, the crane family immediately turned around and returned to their roosting spot where they set about the lengthy process of cleaning and preening.

Over the past few months, I've witnessed similar displays of sandhill crane territorial behavior. In addition to great blues, I've watched them chase away tricolor herons, great egrets and plenty of ibises.

None of those situations involved any physical threat to the cranes, but in previous years, I've also seen protective crane parents scare off alligators and otters, threats that were indeed potentially dangerous.


Lately I've been wondering why sandhill cranes bother to frighten off non-predatory animals. Experts suggest the behavior is due to competition for food supply. But I wondered if all their possessive posturing is just another step — perhaps the final step — in sandhill crane parenting.

Ever since the chick hatched 10 months ago, the adult birds have been teaching their baby how to do what sandhill cranes do — find food, build a nest and get away from nosy photographers who drift too close in their aluminum rowboat.

Now that their sole offspring is ready to leave the family unit, maybe they're doing what most parents do — trying to fit in a few last minute lessons on how to survive in the real world. If bellowing out a warning while jumping up and down with flapping wings scares away a harmless heron, maybe it will work on actual threats too.

I'm not sure if that's the real purpose behind these sudden shows of territorial displays, but if it is, I can only hope Junior got the message. Growing up and making it on your own isn't easy for anyone — sandhill cranes included. 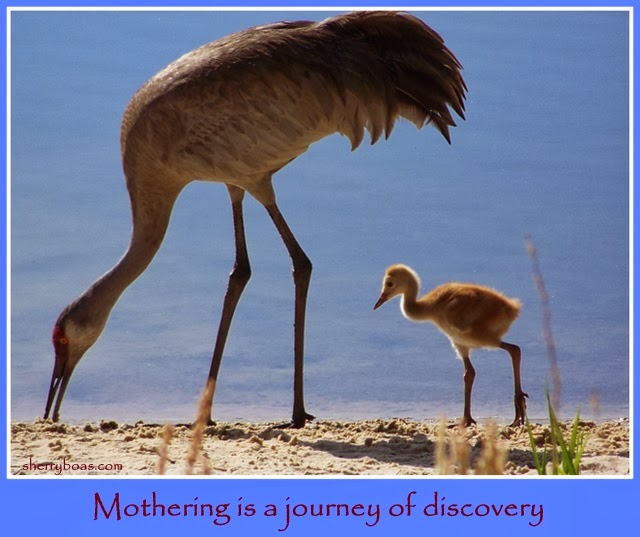