Simply Extra
I was making lunch when my eyes caught a flash of red, green and purple.  A male cardinal was sitting atop a small hedge of ruellia, commonly known as Mexican petunia. 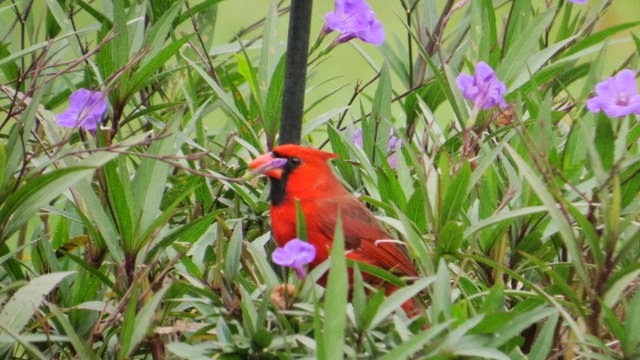 Although an undemanding, long-blooming plant, ruellia is also incredibly invasive. I had no idea what a problem I was introducing to the landscape when I installed a few cuttings many years ago.  It spreads extensively, is strong enough to crack concrete and resists eradication.  I've yet to resort to chemical intervention, but its pushing me in that direction. 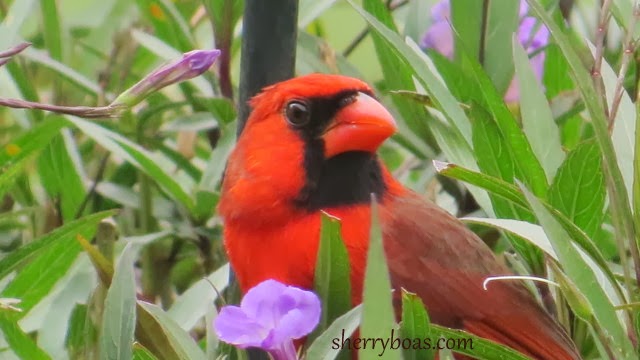 Apparently, cardinals don't share my displeasure for this non-native invasive.  Male and female birds frequent both the feeding station that hangs above the ruellia hedge and the hedge itself. 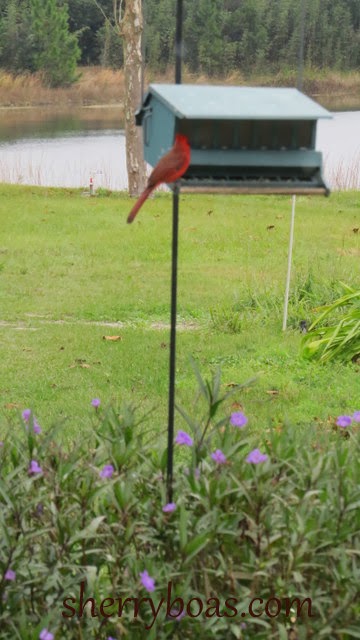 The flash of red I saw while making lunch was a male cardinal sitting atop the flowering plants. 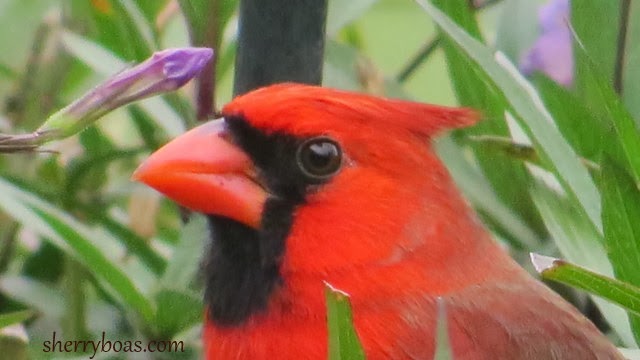 I watched him rest in between snacking on sunflower seeds from the feeder. 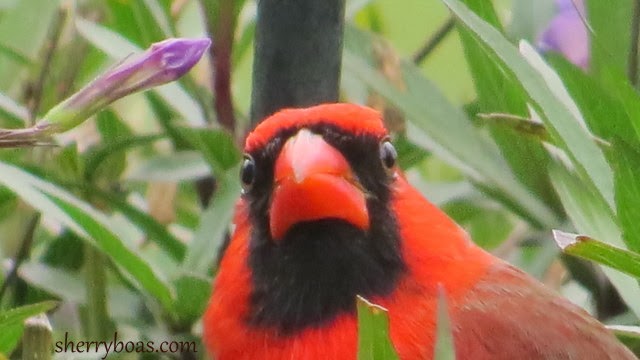 Although I find ruellia undesirable in so many areas of the landscape, the birds seem to feel differently.  To them, the clipped hedge of this tenacious invader is dense enough to provide cover so the birds can safely rest in between eating. 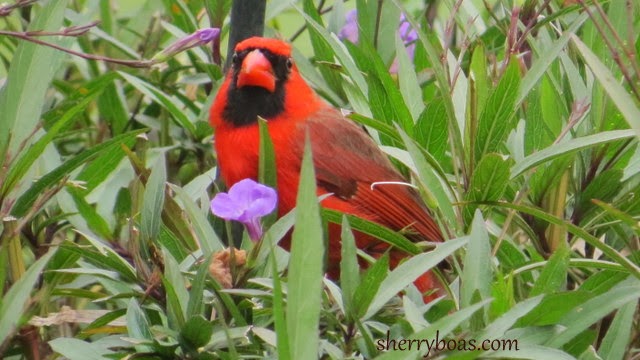 Maybe I chanced upon a good use for a 'bad' plant after all.

If I had a do-over, I still wouldn't plant ruellia. Red cardinals might be an eye-catching sight against a backdrop of green leaves and purple blooms but sometimes how things look at first glance are much different when seen through the unfiltered lens of hindsight.