I found a secret garden!

All I wanted was to find was a peaceful spot outside to eat breakfast. As it turned out, I found so much more. 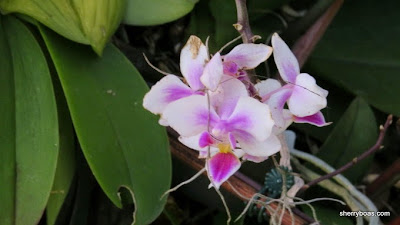 My granddaughter Trillian had spent the night at our house and in the morning, I needed to drive her to her preschool in Winter Garden. It’s been quite a few years since a little one has slept over so I’d forgotten how long it takes to get going in the morning. To speed things up, I fed Trillian but abandoned my own morning routine. Rather than rush through breakfast, I packed it up to take along.

After dropping Trillian off at school, my plan was to find a pretty park somewhere nearby where I could eat a slow and peaceful meal. Calm mealtimes gained importance once our children grew up and left home. I’ve come to depend upon them.

Everything worked as planned. I delivered Trillian to school on time and I even managed to unfasten her carseat with minimal fumbling. None of the foods I packed spilled and I found a clean and unpopulated park where I could eat my breakfast calmly while listening to birdsongs and beneath towering shade trees in the town of Oakland. 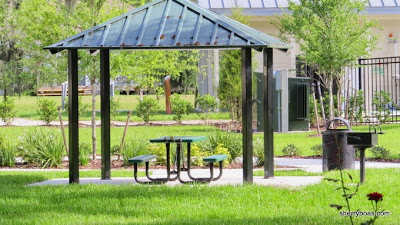 Even before I carried my bowl of food and cup of tea to the picnic table I knew something was different. The table I picked was sheltered beneath a pavilion. From a distance, I could see three small round protrusions at one end of the picnic table. I couldn’t tell what they were but they were definitely something the other tables lacked. My curiosity was piqued.

When I arrived at the table, I set my food down and took a closer look. Someone had affixed three bowl-shaped, ceramic pots to the end of the table and filled them with an assortment of small succulents. 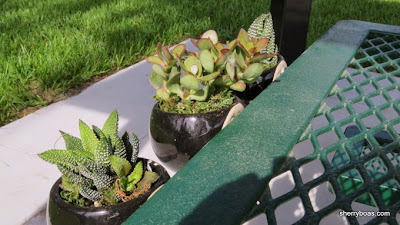 I had stumbled upon the work of a guerrilla gardener. 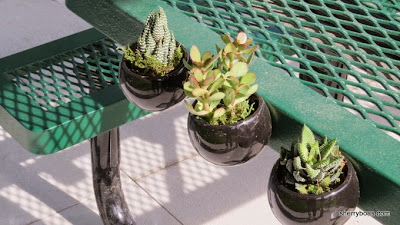 Guerrilla gardeners are people who install plants on land that they do not have the legal right to use. It’s a term used to define covert efforts by individuals wishing to beautify space that they do not own such as abandoned lots or public parks.

The park where I chose to eat my breakfast didn’t fit the stereotype. It was by no means rundown. Lawns were freshly mown, concrete walkways were smooth and the infrastructure was relatively new and in good shape. If anything was amiss, it might have been a lack of individuality. Everything might be considered just a bit too uniform and homogeneous. 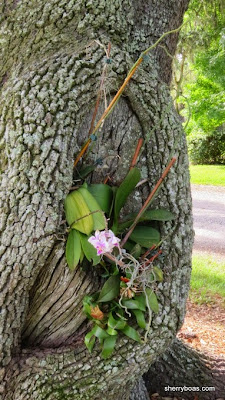 Maybe that’s what the person who installed the guerrilla garden must have thought. In addition to the three tiny flowerpots attached to the table, the secret gardener installed a fourth succulent-containing planter beneath the metal roof and attached an orchid to the trunk of a large oak next to the table.

An Oakland town official said the tiny garden was installed and is maintained by a person who lives near the park. 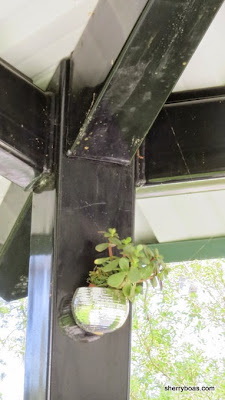 While Johnny Chapman, aka Johnny Appleseed, may have been the first guerrilla gardener, Liz Christy and her Green Guerrilla group coined the term in 1973 when they transformed a neglected private lot in the Bowery section of New York into a garden. In the U.K., Richard Reynolds launched the website, www.GuerrillaGardening.org, in 2004 to blog about his efforts to beautify his neighborhood in London. Word of his work quickly spread, and the site now supports the work of guerrilla gardeners around the world where documented cases of guerrilla gardening span more than 30 countries.

What a nice surprise it was to eat breakfast in such a spot. Not only was I able to enjoy a quiet, peaceful meal in a pretty place but my meal was enhanced by the kindness of an anonymous person’s gesture.

One more surprise awaited me at my picnic spot.  A huge nest was in the top of a large oak next to the pavilion where I ate my breakfast.  I didn't see a bird in the nest but judging by its size, I'd guess it was made by an eagle. Maybe the next time I visit I'll see it! 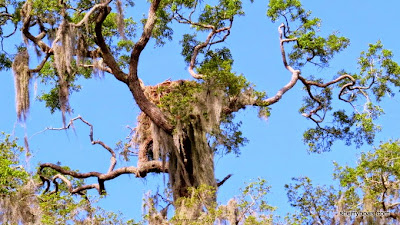