Mushrooms from a different perspective

On the way back from a walk yesterday, I saw two mushrooms in the front yard.  They were the type of mushrooms that conjure up images of miniature worlds. 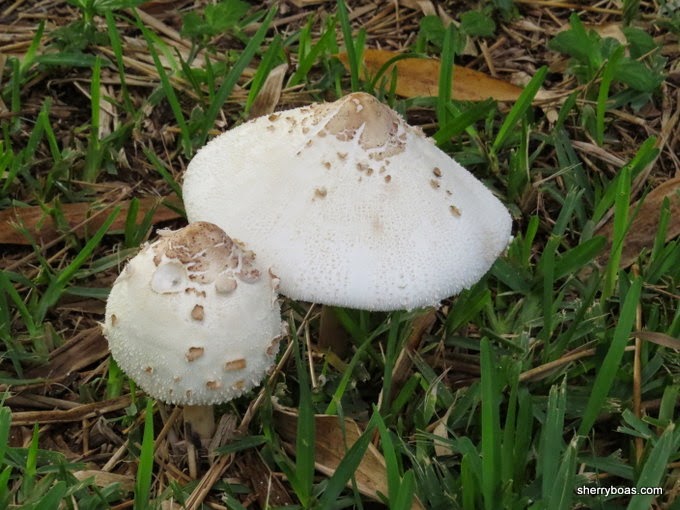 I thought about rummaging through the toy box we keep for the grandkids to find some of the small animals or tiny houses so I could create a imaginary setting underneath the fungi.  But I got busy with another project and didn't do it. 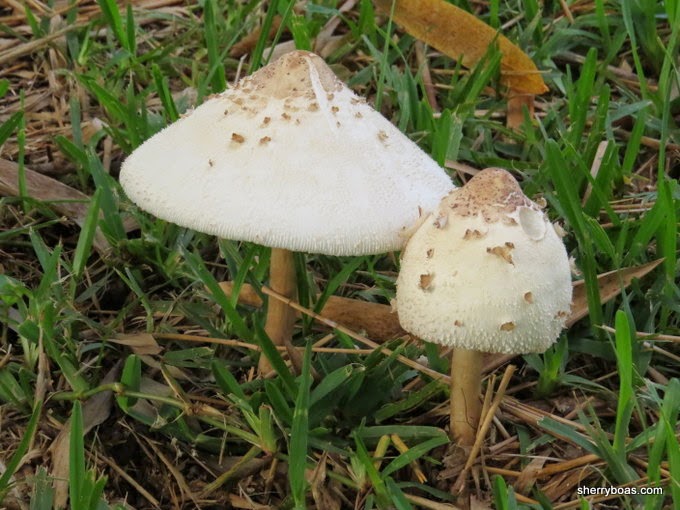 The next day, after more rain, the mushrooms were even bigger.  The smaller one from the previous day had opened up completely.  After looking them over, I decided to seize the moment.  I went back into the house for supplies. 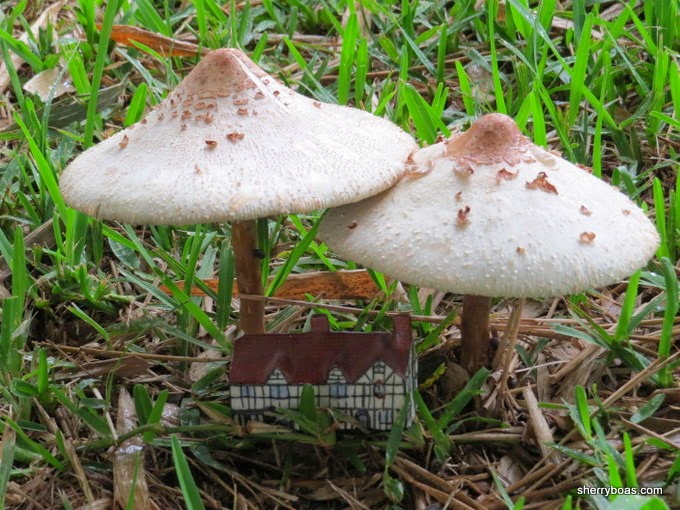 The first object I placed under the shelter of the mushrooms was an English manor house, a toy that used to belong to Ralph when he was a child. 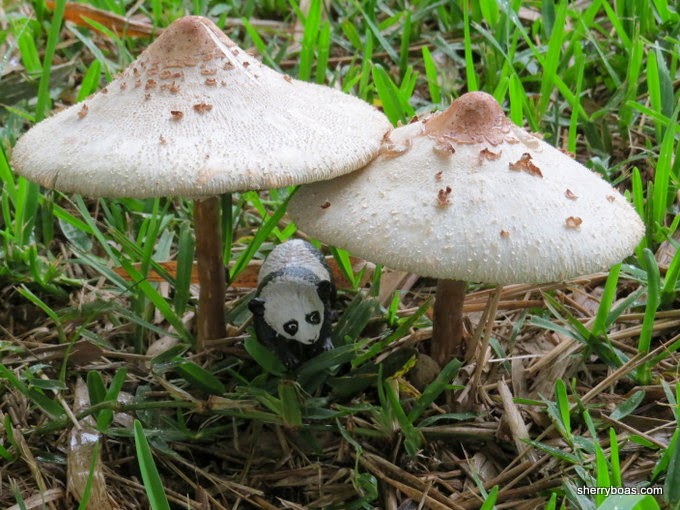 Next I tried a panda, an animal that Jenny favored when she was little. 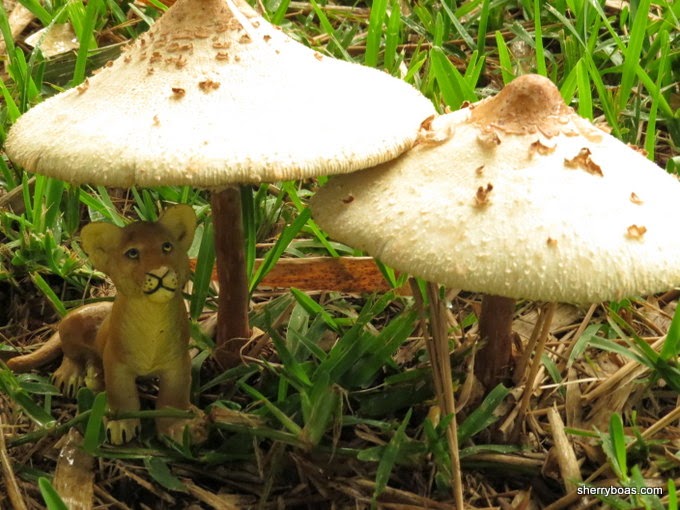 And then there was the lion.  I like the way it's perched beneath the bigger mushroom as if it's an umbrella shielding it from the sun or rain. I liked it so much, I took a second picture. 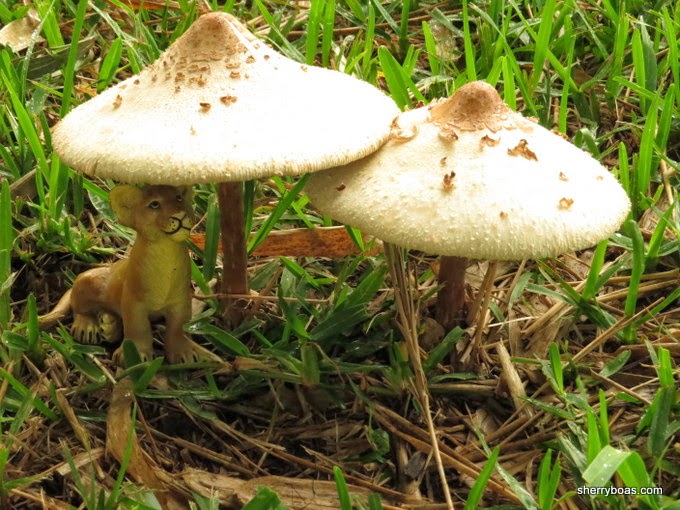 It was a fun project.  A little diversion from my everyday shots of flora and fauna.  Ralph's favorite is the picture with the panda.  But I'm curious, which one do you like best?  Post a comment and let me know.
Posted by sherry boas at 7:02 PM