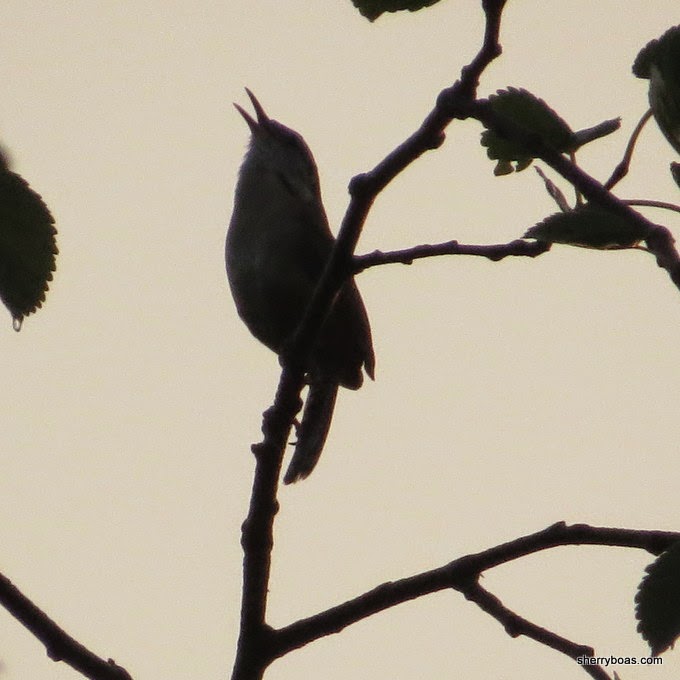 “Why do you have all those dried leaves in the back of the car?” my husband Ralph asked as we turned off our dirt road on the way to Mount Dora.

I was driving our Honda Fit with Ralph sitting as he usually does — not next to me like a normal passenger — but with his back against the front passenger seat, lounging comfortably as he faced rearward. This atypical vantage point enables him to stretch out and ease his restless legs while providing a clear view out the rear windows. It also allows him to see everything inside the car behind the front seats.

Since I was unable to see in the back, I responded as any long-married wife might with an impatient grumble, “What are you talking about?”

“The leaves,” he repeated, as if those words alone clarified the matter, “In the car.”

Since the road wasn’t busy, and I was perplexed, I chanced a look back toward the cubby beneath the right rear window where he was pointing. It only took one glance.

“The birds!” I said with alarm. “They must have built a nest in the car while the garage doors were open. Check and see if there are any eggs in there!”

As I frantically looked for a place to pull over, Ralph reassured me that stopping wasn’t necessary.

I quickly realized what had happened. Years ago when we built our house, we designed our attached garage as a ‘drive-through’ space with two separate doors. Drive in one end, drive out the other. Very efficient and convenient except for one tiny flaw. Because of double openings, we must remember to shut twice as many doors. This minor detail becomes a major issue during bird-nesting season.

Over the years, numerous birds have escaped the elements by raising families in our oft-left-open double-door garage. At one time or another, mourning doves, screech owls and Carolina wrens have all taken advantage of our patent forgetfulness and built cozy nests within those walls.

The first few times it happened, I was thrilled. What could be better, I thought, than having a ‘birds-eye view’ of the nesting process? Nature literally came to my door. Without even leaving the house, I could watch baby birds go from eggs to fledglings. Perfect!

As I soon learned, in addition to watching baby birds hatch, I could also watch baby birds die, eaten alive by hungry snakes. One entire brood of wrens met that sorry fate. I was devastated. While I understand all animals have to eat, it was still upsetting to accept the demise of those feathered cuties.

Another lesson learned from those early experiences was how much waste a family of birds can generate during the rather brief nesting season. (In case you’re wondering, the answer is copious amounts.) Where those messy deposits land depends on whether you’re foolish enough actually to park your car inside said garage. Either way, expect constant splatters. Although I tried hard not to disturb the nesting birds, they shared no similar compunction. Bird-droppings on the car roof? Sure, why not? How about the windows? Yeah, there too.

Returning to the situation at hand, I realized not only had we left the garage doors open rather consistently recently, I often left car windows ajar, too. Open garage + Open windows = Open invitation. With mobile all the trend these days, apparently a pair of Carolina wrens decided to get in on the action. Fortunately, their efforts were thwarted before eggs were laid.

As I drove on toward Mount Dora, I mentally replayed the conversation we just had.

“Ralph,” I asked, “when you saw the sticks and leaves tucked in the cubby and asked if I’d put them there, what did you imagine I intended to do with them?”

With nary a pause he answered, “I thought maybe you’d collected them to make a dried flower arrangement.”

I took another glance backward. A dried flower arrangement out of a mess of tan oak and bamboo leaves stuffed into a cubby — interesting conclusion. We may be married for more than 40 years but anyone who thinks marriages get dull over time obviously hasn’t spent time around us.
Posted by sherry boas at 12:07 PM