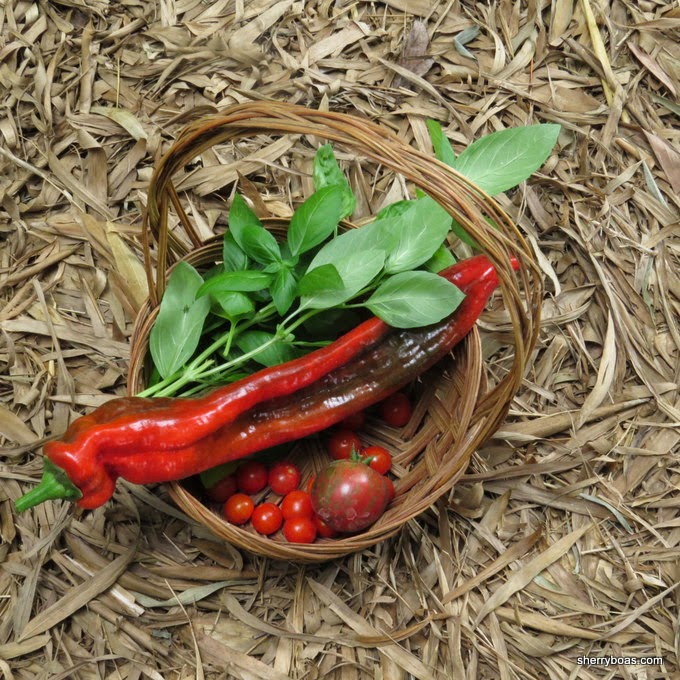 In need of basil to make pesto, I took a basket, some snippers and walked out to the greenhouse. On my way, I passed Ralph's vegetable garden where I noticed some ripe tomatoes so I picked them and put them in the bottom of the basket.

A little further along by the barn, I was greeted by a scattering of Rudbeckia hirta, bright black-eyed Susan blooms. Some were streaked with brown while the petals on others were pure yellow.  How I love their cheery appearance. 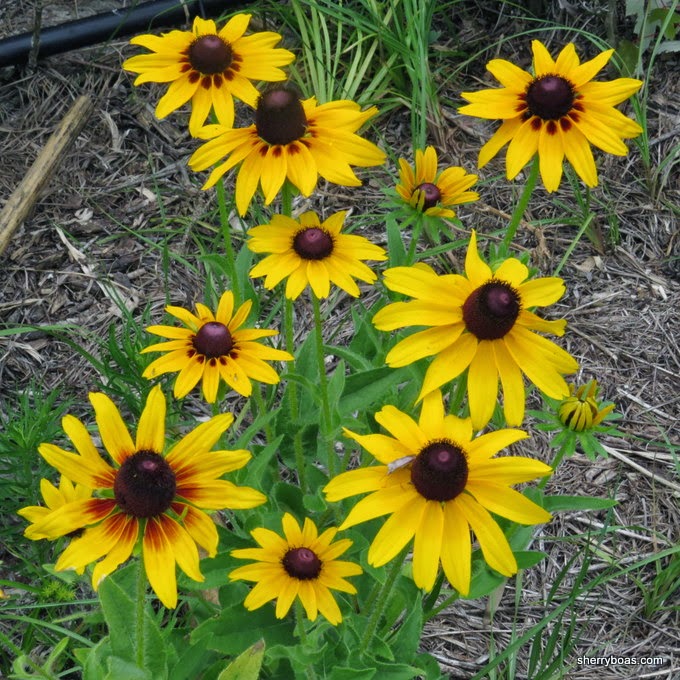 I hadn't been in the greenhouse for several days.  It's generally Ralph's domain, although I'm always welcome especially if I want to weed. Weeds were lush, so I pulled quite a few before settling in to gather the basil leaves I had come for.  Before leaving, I also picked some cherry tomatoes and one huge ripe red pepper.  Nice surprises.

On the way back home, I stopped to take a few pictures of some persimmons, which are growing bigger although far from ready to pick.


By the lake, a clump of Blue Timber Bamboo (Bambusa chungii) caught my eye.  I can't believe how huge it has gotten over the years.  I think we planted it in 2007.  Over that time, its grown into such a thick, tight clump, you'd never know it started out as two separate 3-gallon plants spaced 6-feet apart.  When it was first planted, each plant only had one or two canes.  To say they have a lot more now would be stating the obvious.


New Blue Timber Bamboo shoots began to appear in April and will continue to do so now through early November.  What a spectacular plant!


My walk out to the greenhouse for a few basil leaves turned into a mini-excursion.  I not only returned home with a basket of herbs and vegetables, I fed my senses with beautiful blooms, lovely plants and interesting observation of nature at work.  It was a bountiful walk indeed.