A weed with a long history

I was driving down Villa City Road in Groveland the other day when I noticed a solitary mullein plant growing by the roadside. 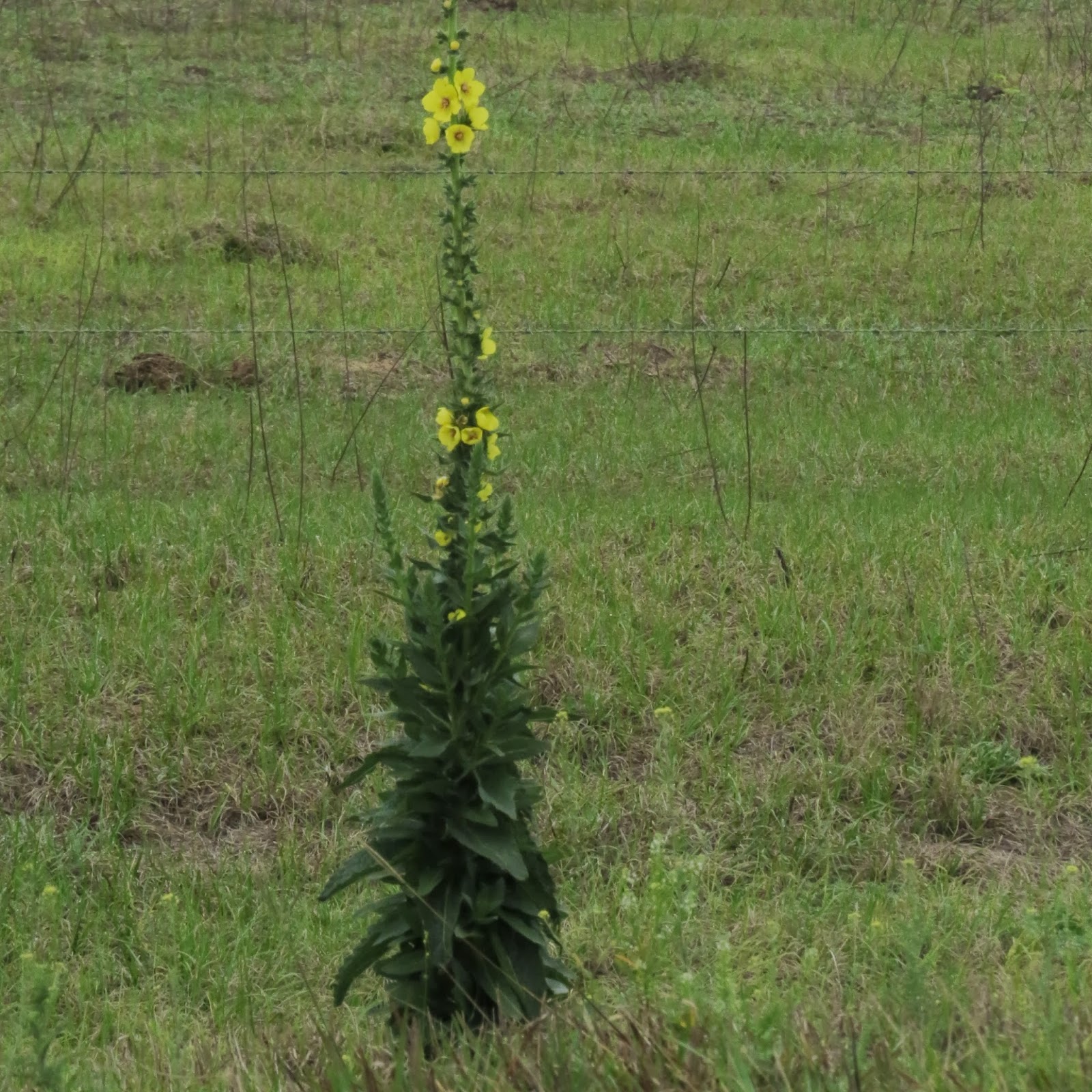 Mullein (Verbascum thapsus) stands out, especially every other year when this biennial’s tall, slender flower stalk is topped by a scattering of yellow blooms like the one I stopped to admire. 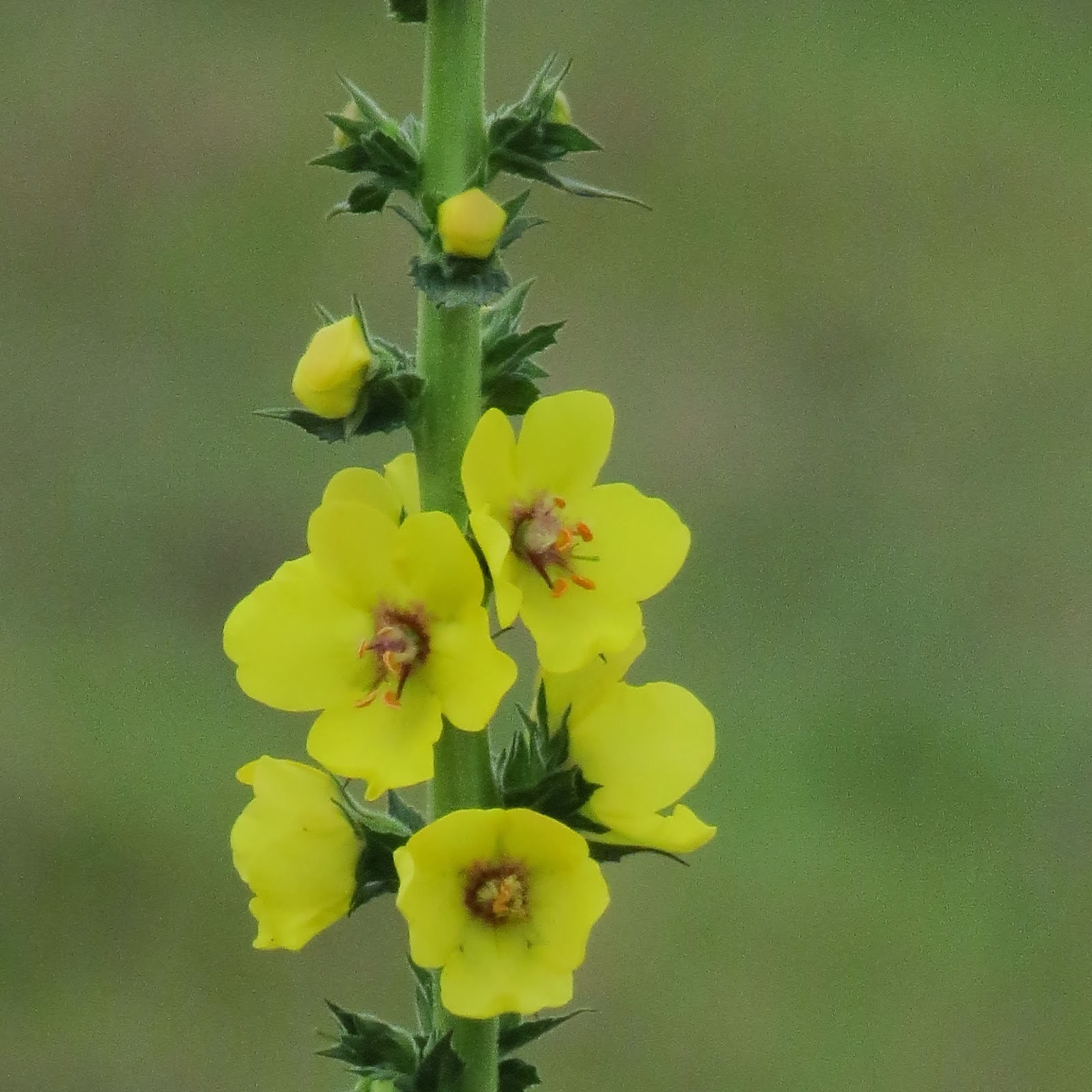 I first became aware of this widespread wildflower — some may say, weed — when I lived on Cape Cod in the 1970s. Back then, I’d find mullein growing on the edge of the bike trail, along quiet roads or in disturbed soil. Despite how much Cape Cod has developed since then, I imagine mullein still thrives in some of those same well-drained, sunny spots.

Mullein, which is native to Eurasia and North Africa, has a long history as a multi-purpose plant. Although its seeds are poisonous to people, in the 4th century BC yellow mullein flowers were used to dye hair while early Romans made torches out of the plant’s long stalks after dipping them in tallow. Colonists, who introduced mullein to the New World in the 1700s, used mullein seeds as bait to stun fish. More recently, an extract made from mullein leaves is used to control mosquito larvae.

Mullein is also one of the oldest known medicinal plants. For centuries, people around the world have used its leaves to ease respiratory and skin problems. Ancient Greeks sought relief by making a tea from the leaves while Native Americans dried leaves and smoked them.

The plant’s anti-inflammatory properties also make the leaves useful as a poultice to soothe skin irritations. Oil made from the plant’s flowers is traditionally used to treat earaches and swollen glands. 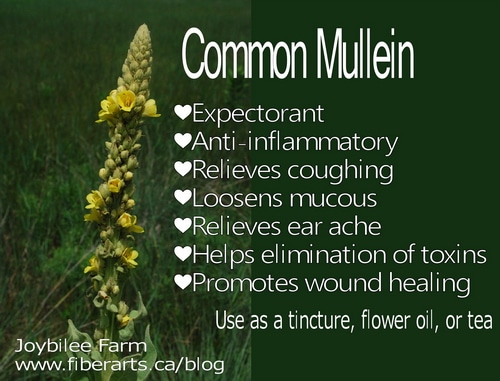 Although I find its history fascinating, my own interest in mullein is more mundane. I simply like the way it looks. I like its tall stature and bright flowers. I especially like the plant’s soft leaves — the softest leaves of any plant I’ve ever felt! I also like that mullein attracts a wide range of wildlife. Goldfinch and indigo buntings eat mullein seeds while tiny hummingbirds like to line their nests with the plant’s soft leaves. Many bees and flying insects pollinate mullein and drink its nectar.

While mullein is not native to Florida, it has been part of the landscape for centuries. Like most wildflowers, it has a tendency to spread on its own but that doesn’t make it invasive. Mullein is not included on either of the two Florida Exotic Pest Plant Council lists of invasive exotic plants.

When I drove down Villa City Road and saw mullein growing by the roadside, I was pleasantly surprised. Seeing a plant I remembered from my earlier days brought back happy memories.  Mullein is a humble plant that commands attention without demanding care. Whether considered wildflower or weed, mullein is a plant with much to offer. 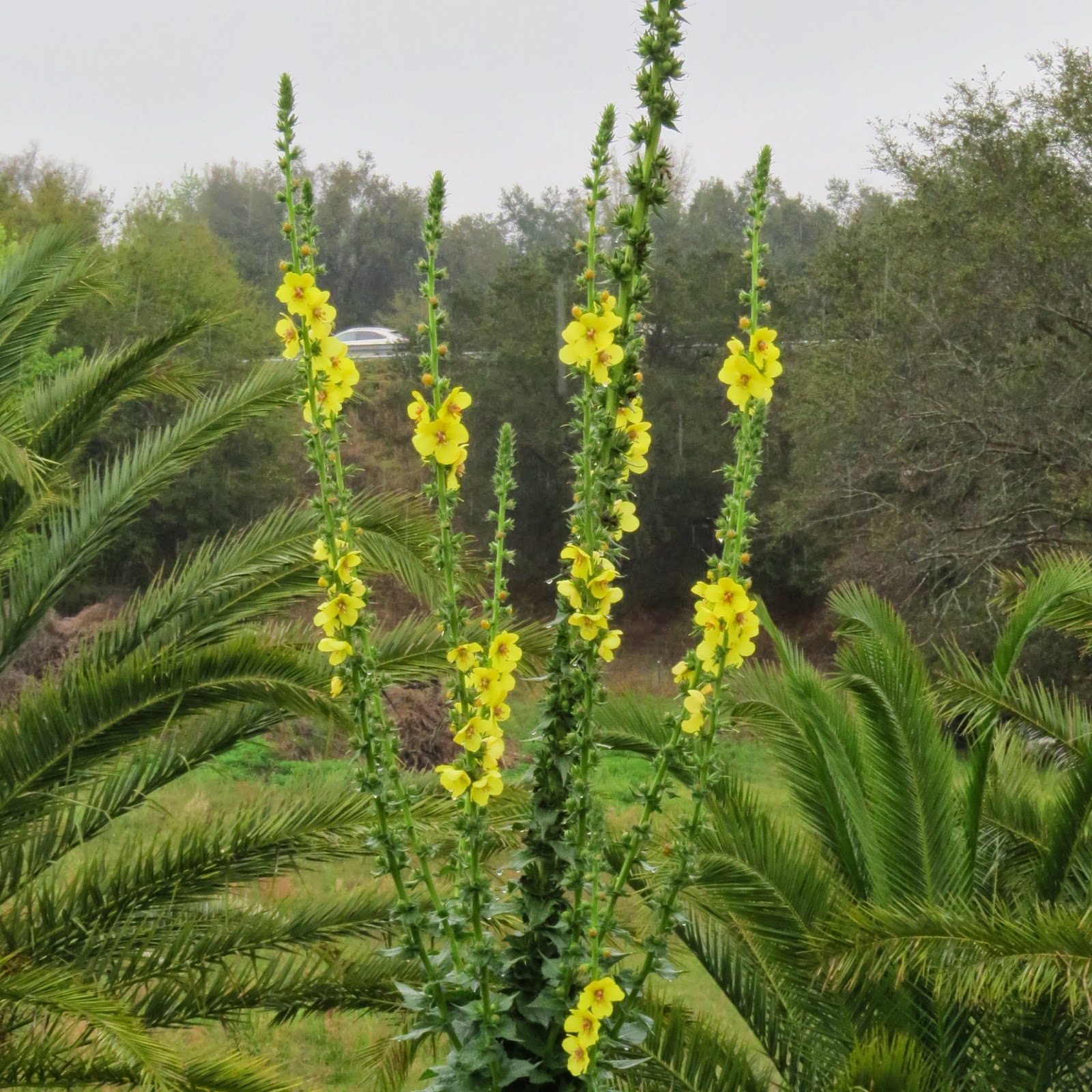