Who's a fluffy fellow?

I caught sight of this male bluebird perched on a branch of the bottlebrush tree just after he must have taken a bath.  What a fluffed out fellow he is!

Who's a fluffy fellow? 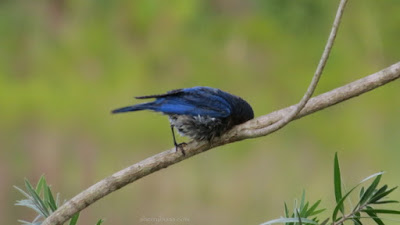 "I am!" says the little bluebird 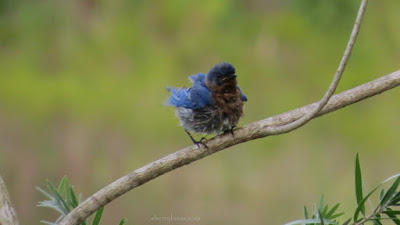 After losing their clutch of babies to a crow, the pair of bluebirds that nested in the boxes we installed this year have returned.  The female spends most of her time going in and out of the box while the male mostly stands guard on a nearby hanging swing. 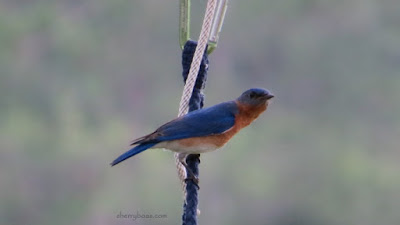 After the crow incident, I didn't know what was going to happen.  Would the bluebirds return to try again or would they go off somewhere else to raise a family.  I'm so glad they decided to come back.
Posted by sherry boas at 7:29 PM