I like snakes. I'm not scared of them. I swim in lakes and don't worry about stepping on a snake or being bitten by alligators. But one creature does give me pause. More than that — it scares me silly.

I'm afraid of ticks, specifically deer ticks, those pencil-point-sized arthropods whose bites can potentially cause long-term medical problems in humans.

Instead of decreasing as time has gone by, my fear has grown since 1975 when deer ticks were first associated with the bacterial infection known as Lyme disease. The disease, which is transmitted by tick bites, can cause a wide range of debilitating and often ongoing conditions. 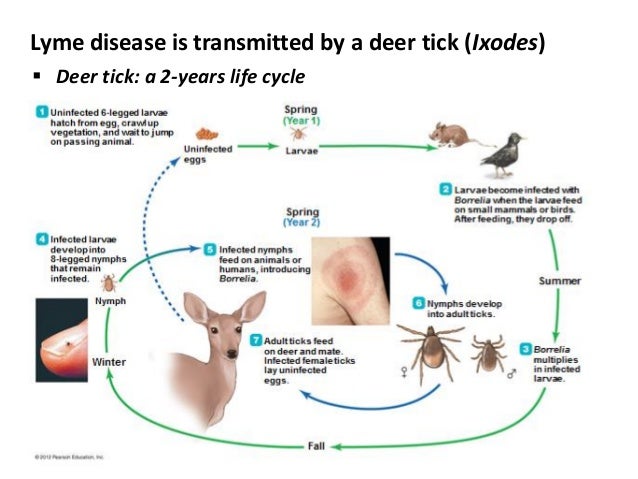 In the 70's, I lived on Cape Cod with my husband Ralph and our dog, Dibs, a schnauzer-poodle mix who spent most of her time outside exploring our wooded acreage with tail-wagging delight. In those days, nightly tick checks were part of our daily routine. Ralph would check me. I would check him, and then I'd spend a long time checking Dibs, who inevitably had more of the eight-legged blood-thirsty critters on her small furry body than either of us had.

Back then, Lyme disease was new, and I was young. Since it was before Ralph and I began to raise a family, my own sense of mortality had yet to be awakened. I accepted the existence of ticks as just another petty annoyance like mucky March ground and trees entwined with poison ivy. Even though we lived not far from the disease's epicenter, tick concerns didn't keep me out of the woods or away from my dog.

It wasn't until an acquaintance came down with Lyme disease that my protective it-won't-happen-to-me armor began to erode. Suddenly a person I knew who was the same age as me needed to lean on a cane to be able to walk. Arthritic knots punctuated the joints of her hands, and her face, even when she smiled, was slightly lopsided and taut with pain.

As the years went by, I knew more and more people who were bitten by deer ticks infected with the bacterium, Borrelia burgdorferi. Rather than diminish over time, the problem of Lyme disease dramatically increased. According to the federal Centers for Disease Control and Prevention, approximately 300,000 people in the U.S. are diagnosed with Lyme disease annually. Even though antibiotic treatment is now available, the CDC reports that "Approximately 10 to 20 percent of patients (particularly those who were diagnosed later), who received appropriate antibiotic treatment, may have persistent or recurrent symptoms."

I find those statistics very scary.

Ralph and I are about to head north to visit our daughter Jenny and her family in western Massachusetts, and as much as I look forward to receiving our grandchildren's hugs and spending time with family, I do so with a certain amount of trepidation.

In 2013, the CDC reported 87 confirmed cases of Lyme disease in Florida compared to 3,816 in Massachusetts. As I prepare for the trip, I mentally remind myself to stay out of the woods, not walk through long grass and to check my body carefully — extra carefully — at least once a day. And, the CDC says that repellents with DEET can help protect against tick bites, as can products containing permethrin.

I believe in evaluating risks. In the 67 years since 1948 when records were first kept, only 22 people in Florida have been killed by alligators. Ticks are tiny, but the danger they pose to a human health — even in Florida where deer tick populations are relatively low — is huge compared to that of alligators.

Life is fraught with fears. After careful evaluation, we can choose to ignore those fears, avoid them or face them head-on. In the case of tick-borne illness and my upcoming trip to Tick Central, I intend to play it safe through a prudent mix of prevention, protection and proactive awareness. I sure hope it works.