A dead pine tree across the lake from our house is full of life.  Most of its branches fell off a long time ago and some of its bark has begun to rot away, but none of that seems to matter to the birds that live and roost there.

Last year a pileated woodpecker drilled gigantic holes in which to raise its family. 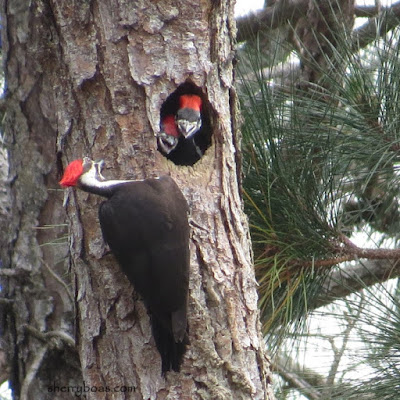 A screech owl made the hole even larger and moved in after the pileated woodpeckers left. 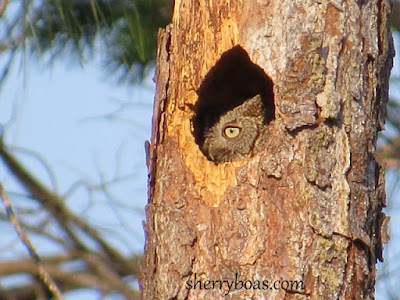 And an osprey often perches on the dead tree's broken off trunk because it's one of the highest spots around. 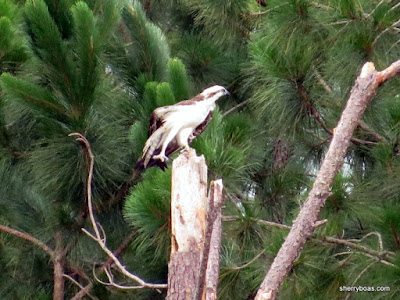 Just the other day I noticed a red-bellied woodpecker paying considerable attention to one of the tree's many cavities. 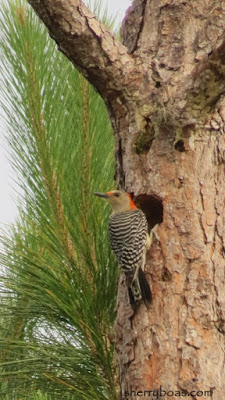 It could be making a nest or baby birds may already be living inside the pre-drilled cavity.  Either way, this is one dead tree that hasn't stopped giving. 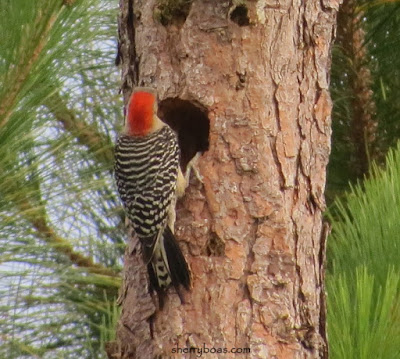 A cloak of pine needles no longer adorns the tree's boughs and pine cones have long since fallen to the ground.  Some people would consider the dead tree ugly, an eyesore that should be cut down. But that's not how I see it.  To me, dead trees that support and shelter life are as much a part of a healthy woodland as young saplings and mature specimens. They are doing their part in the circle of life even after their own life has come to an end.