Ralph and I had quite the surprise yesterday morning during breakfast.

As usual, we were reading while eating.  I was had just begun Ellen Airgood's 2011 novel "South of Superior" and Ralph was transfixed by the enticing descriptions, interesting factoids and attractive illustrations in the 2015 FEDCO seed catalog, which had just arrived by mail. He was on page 49 of the 160-page tome when the first sentence of a lengthy description about the Asian green Tatsoi caught his attention. 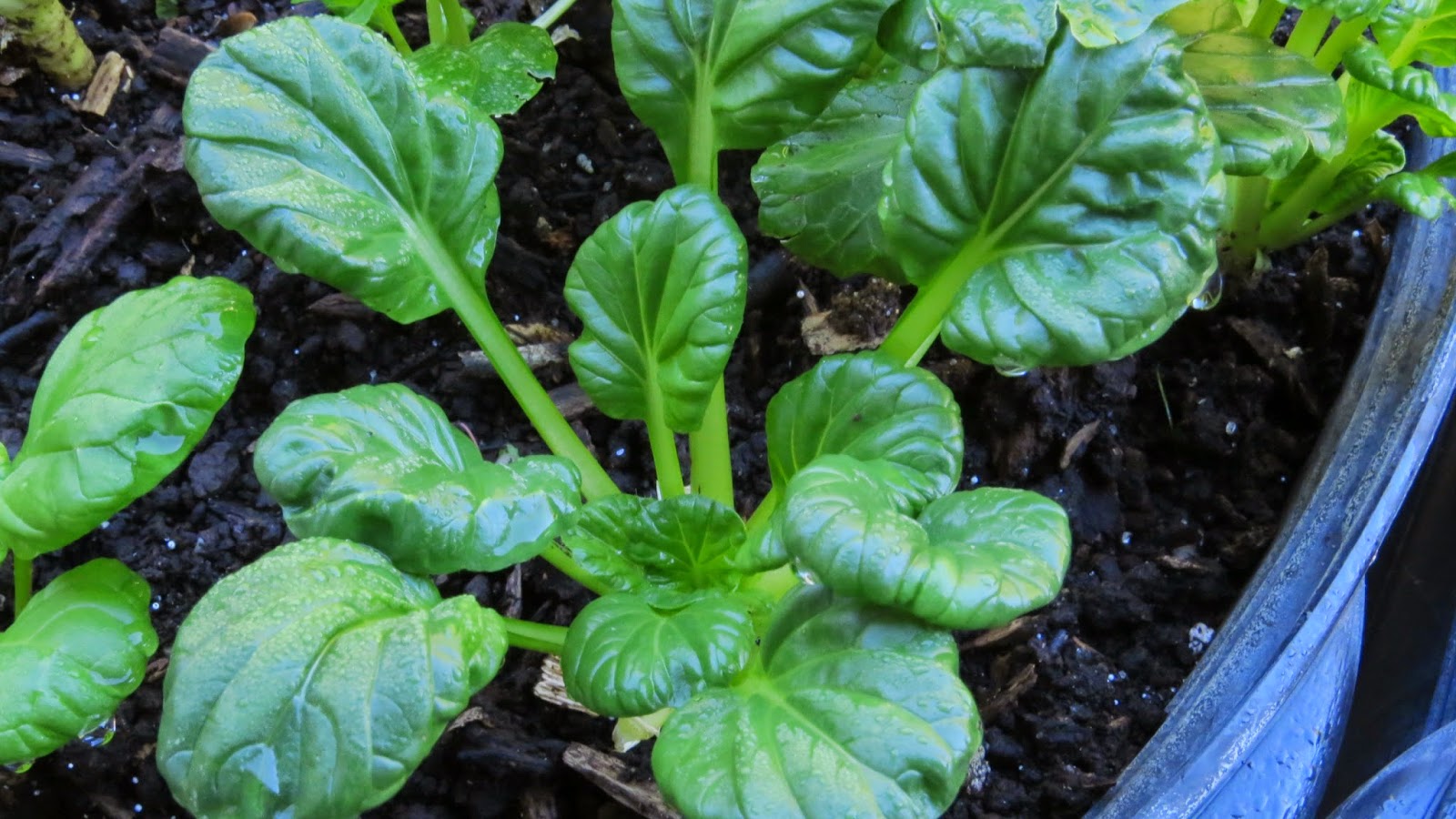 "Look at this!" he said excitedly.

I picked up the catalog, following to the place where his finger pointed and began to read:

Tatsoi (45 days) B.r. (narinosa group)  What grows quickly, can be seeded as late as August, withstands frost and is, according to Orlando Sentinel columnist Sherry Boas "just as versatile as spinach" ?  Yes, Tatsoi, as known as Tah Tsai..."

The description continued but I didn't need to read more. 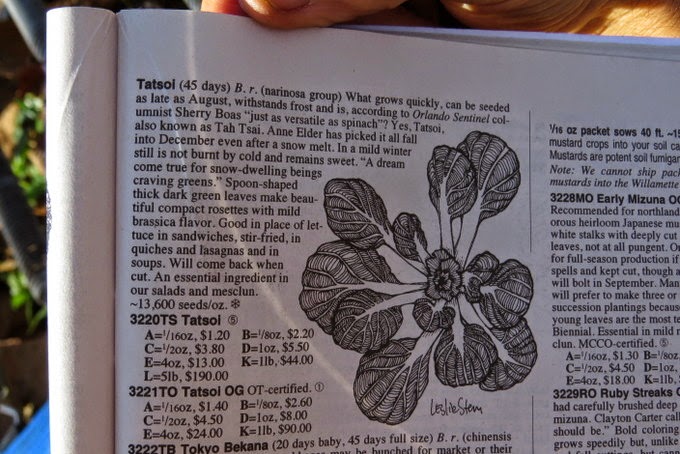 A big smile filled my face as I turned to Ralph and said, "I guess they must have seen my column."

Pretty cool to know my words are quoted in a catalog read by gardeners all around the country.  What a great way to start the day!


To read my columns about tatsoi, click on the links below:
My husband loves his greens and What a joy! Tatsoi!
Posted by sherry boas at 1:11 PM