In addition to being an academic, my mother-in-law Mary Boas was a gardener. She loved flowers as much, if not more, than teaching mathematical physics, a career she pursued well into her late 80s.

Shortly after her death in February 2010, just shy of her 93rd birthday, my son dug up some of his grandmother’s favorite amaryllis bulbs and brought them back to Florida. I planted the bulbs in pots and placed them outside on a table in front of my office window. Early last month as I gazed out the window, I noticed a bulge in the developing blooms. A few days later, flowers had formed. Three showy pink and white striped blossoms — Mary favored variegated cultivars — topped each sturdy stalk.

After looking out the window, I checked the calendar and couldn’t help but smile. In Seattle, where my mother-in-law lived, amaryllis bloom later in the season, but in Central Florida, their petals open to the world in sync with Mary’s birthday, March 10.

Who needs a calendar alarm or email notice when flowers can remind us of ones we love?

Reminders of loved ones surround me. Each time I pass the antique hat rack my Uncle Izzy gave my mother a half-century ago, I think of my favorite uncle, Isador Boxer. I inherited that elegant piece of early 20th century history from my own parents, who both died within the last five years.

From my mother, I have various pieces of jewelry, shimmery broaches, bracelets and stick pins. When I was a child, she also gave me an opal ring to represent my birth month. My father once gave me a ring fashioned from a coin during his tour of duty in the Philippines in WWII. He also introduced me to Scrabble and through that, a love for language.

When people you love die, what they leave behind isn’t as important as the memories attached to those special objects.

My father-in-law Ralph P. Boas died in July 1992. Like his wife, he was also an academic, a respected author and a professor of mathematics. Although he died more than 21 years ago, I pass his picture daily in our hallway. Each time I do, I wish he had lived long enough to see one of his own grandsons follow in his academic footsteps.

Like his wife, my father-in-law was a man of many interests. He loved literature and, as a youth, memorized long lines of poetry, which he recited at the slightest provocation. He also enjoyed reading aloud stories from cherished books from his own childhood. Although my father-in-law is no longer with us, we still have those books. They sit inside a glass bookcase and while their covers are not in the best of shape and the pages smell musty, they’re still usable. My husband takes them out now and then to read to our own grandchildren, the fourth generation to enjoy the stories and develop new memories from texts of old words.

The older I get, the more often I reflect on the passage of time. It seems like only yesterday when my mother-in-law was on the deck of her Seattle home pampering her beloved potted plants. Now she’s gone, but her flowers live on. Life may be all about change, but it also contains a comforting component of continuality, a sameness that never fails to lift the spirits. 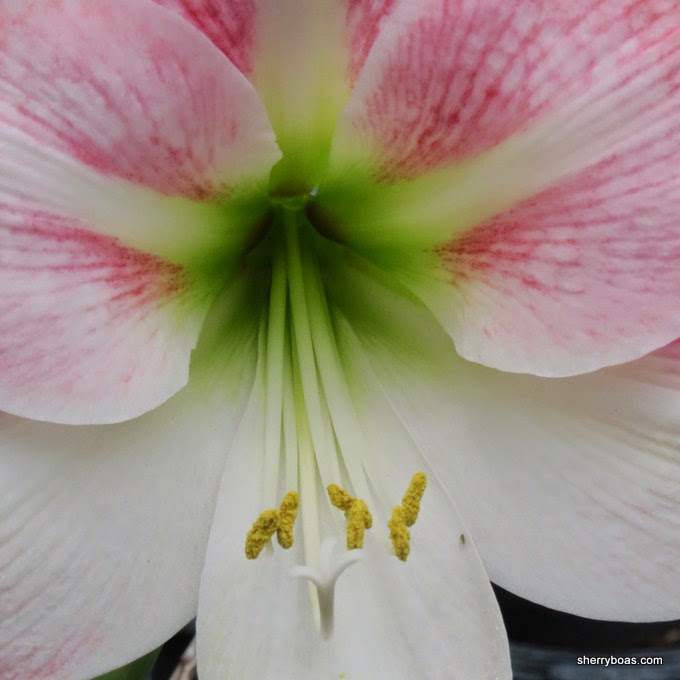