I was in dire need of a mood boost so I grabbed my camera, scribbled
“Going for a stroll” on a note to my husband and headed outside. 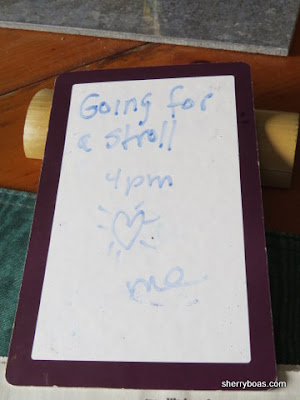 Even though it was late afternoon, it was hot.  I didn’t mind.  In no rush, I sauntered along at a leisurely pace.  As I passed the orchard, I took pictures of the ripening figs and our soon-to-be first harvest of avocados. 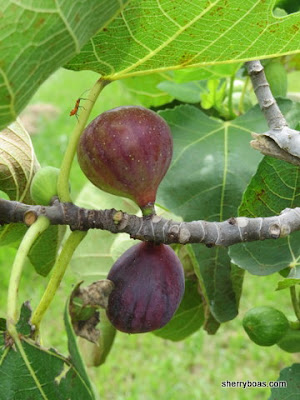 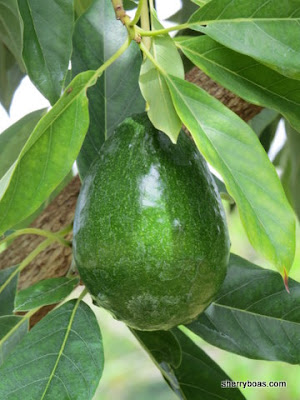 I snapped several shots of an interesting caterpillar crawling along a leaf and of butterflies fluttering about. 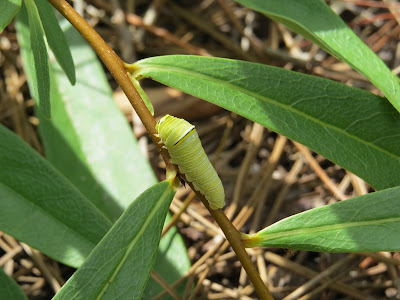 I was just rounding the narrow path along the north end of the lake when, about 60 feet ahead, something large caught my eye.  A bobcat was sitting in a small clearing facing the lake.  He was just sitting there looking at the lake in the same spot I often go to enjoy the view. 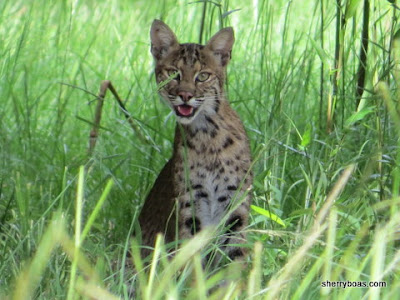 Instinctively, I raised my camera and began taking pictures.  As the shutter clicked, the bobcat turned my way but didn’t run off.  Instead, he stayed put, his pink tongue panting in the heat, staring at me as I stared at him.

We stayed that way locked in a staring contest until eventually he rose, turned away from the lake, gave me a dismissive glance and walked off toward the marsh.  My presence seemed to have no effect on his pace.  He didn’t act threatened, angry or defensive.  He simply looked like he’d had enough sitting.  It was time to move on.

At that point, although I knew the chances of doing so were slim, I moved on too, hoping to see where he’d gone.  Of course, by the time I got there, the bobcat had vanished.  He was nowhere in sight.  Happy enough to have had such a prolonged encounter with an animal I so infrequently see, I turned back and walked up the hill.

On our property, a tall tree-covered berm of mounded earth outlines the perimeter.  There are well-worn paths on each side of the berm and I was walking uphill on the inside path with the berm on my right. 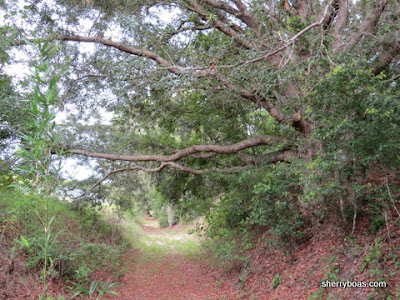 Yet - even though I was alone in the woods - I couldn’t shake the feeling that I wasn’t.  I felt like I was being watched.

I stopped and looked around.  It wasn’t just a feeling. 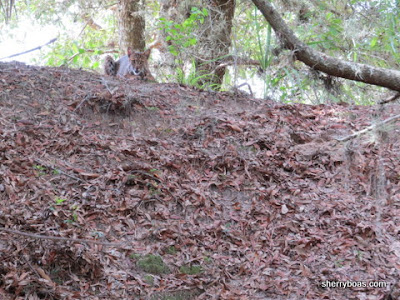 About 30 feet away, the stealthy feline lay sprawled across the top of the berm, his large amber-colored eyes following my every move.
Apparently, while I took a path on one side of the mounded earth, the bobcat took the other.  Perhaps he was keeping an eye on me, a human interloper in a wildcat’s domain.

Once again, we had a stare-down but this time one of us (the bobcat) had the advantage of being high up on top of the berm while the other (little old me) was down at ground level.  Also, instead of being 60-feet apart, we were much closer. 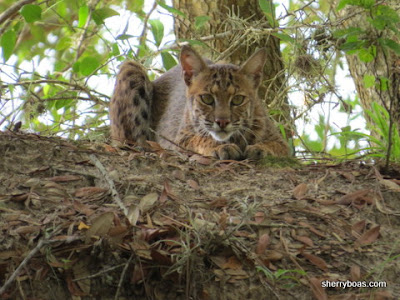 I tried hard to stay still, afraid too much movement would either scare him off or cause him to lunge forward.  Either way, I was motivated.

My efforts at being motionless were rewarded with some wonderful close ups.  Through the camera lens, I watched the bobcat’s diaphragm expand and contract.  I zoomed in on his black-spotted tawny fur, pink nose, tufted ears, white chin and whiskers. 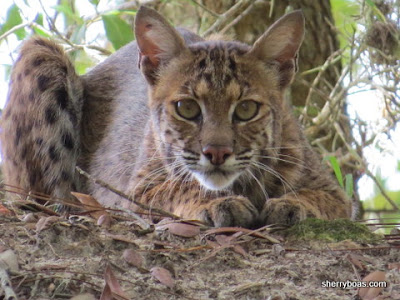 After a while, as ants crawled over my feet and mosquitoes buzzed about, my desire to remain immobile waned.  As I shuffled a bit to readjust my pose, I noticed the bobcat’s position shift as well.

Anyone who had a housecat knows how a tabby looks when it’s about to lunge.  Haunches rise while the body crouches low, ears perk up and the mouth opens slightly.  The bobcat assumed such a pose as we continued to watch each other. 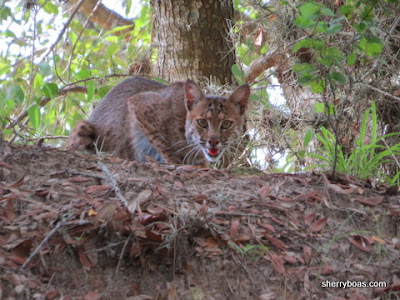 As much as I love wildlife encounters, I know when I’ve been outplayed.  I said goodbye to the bobcat and made my retreat.

When I returned home, Ralph was in the kitchen.  “How was your walk?” he asked.

“Exciting!” I replied, regaling him with the story and pictures of what I’d just seen.

And my bad mood – that one in such dire need of a boost before I set off on my walk - well, let’s just say it vanished as deftly as a bobcat in the woods.