Pelican and dolphin - Playing together or vying for food?

There's a place on the Indian River side of Bethune Beach where I go to see dolphins, manatees and shorebirds coexisting in a small cove of brackish water.


On a recent visit, a lone brown pelican was hanging out in the cove along with two manatees and one dolphin. 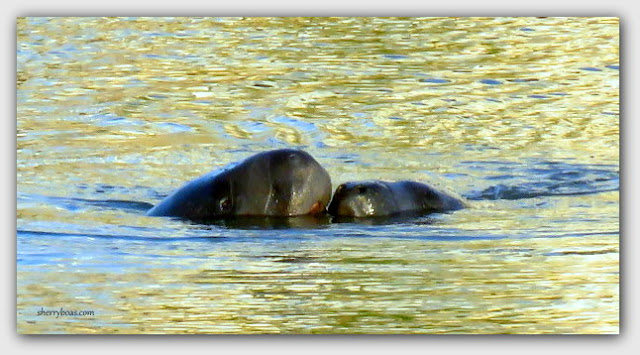 I didn't see the pelican catch anything but it looked like it was trying to fish in conjunction with the dolphin. Bird and mammal stayed close together - one floating on top of, the other swimming through the briny wash.


Perhaps the pelican was waiting for the dolphin to herd fish its way with the intention of stealing the sea mammal's catch.  Twice the animals seemed to collide when the pelican dove, presumably right into the dolphin's path.

The entire interaction was exciting to watch. But eventually, the pelican flew away, leaving the dolphin alone to fish or play or do whatever dolphins do when they're swimming through brackish water in the late afternoon without a pelican to play with or vie with or fight off when it tries to steal away one's food.