Eaten any hemp lately? I have — for lunch. I sprinkled hemp hearts, which are raw, shelled hemp seeds, on top of a sweet potato. It was delicious.

Hemp's nutty, buttery flavor blends wonderfully with the soft, smooth texture of a cooked sweet potato. My husband Ralph has been enjoying this highly nutritional food for years, but I have only recently begun to realize what he's been saying all along: Hemp seeds are a delectable addition to so many of our meals.

Some people may be concerned because hemp seeds are related to marijuana. Although both products come from a cannabis sativa plant, the illegal drug comes from a different variety of cannabis than the healthy seeds. It's like comparing a sweet pepper to a hot pepper, two varieties with completely different properties and uses.

The mind-bending component of marijuana is tetrahydrocannabinol or THC. Edible hemp seeds contain only a minuscule amount of THC, so eating the seeds won't result in a failed workplace drug test. Research by consultants for the North American Industrial Hemp Council show that people eating the equivalent of a half pound of shelled hemp seeds every day for 10 days — far more than even an enthusiast ever would consume — tested at less than 5 parts per billion of THC. Most employers, including the federal government, require 50 ppb or less.

In short, you won't get high by eating it. Not even a little. What you will get is a hefty serving of plant-based proteins and heart-healthy essential omega fatty acids. Hemp seeds are low in carbohydrates and are gluten free. They are high in Vitamin E and minerals like iron, phosphorous, thiamine, zinc, magnesium and manganese. Because hemp hearts are seeds, people who are allergic to nuts can eat them.

In addition to sprinkling hemp hearts on sweet potatoes or adding them to smoothies, stir-fries, baked goods, salads, soups or cereal, there are many other ways to reap the benefit of this healthy food. The Whole Foods Market website lists hemp products such as milk, oil, granola bars, a breakfast cereal, protein powder and fiber powder.

Click here for a sampling of hemp heart recipes 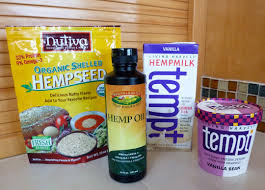 Also available in the marketplace are a variety of hemp seed products, including a "nut" butter to use as an alternative to peanut or almond butter, tofu and frozen waffles containing hemp and ice cream made from hemp milk. The Swiss even make a beer from hemp blossoms. While none of these cannabis products provides a buzz, each does pack a powerful nutritional punch. 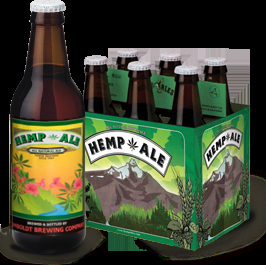 Despite the wide variety of edible hemp products, the only one I've had personal experience with is hemp hearts, which are soft tan-colored seeds about the size of sesame seeds. Until recently, we used to roast the seeds in a cast-iron pan over low heat on the stove. Roasting released a wonderful aroma not unlike the pleasant smell of roasted nuts or popcorn. It's one of those smells that draws you into the kitchen.

The just-roasted morsels tasted so good, I often ate the warm seeds by the spoonful. But after a while, we got lazy. Although I enjoyed the process of roasting them, Ralph didn't. He had other things he wanted to do with his time besides standing over the stove slowly stirring the seeds as they browned. Eventually, he began spooning them directly on food and, as usual, I followed his lead.

The hemp hearts we eat come from a Canadian company called Manitoba Harvest. They are available online, at health food stores and at some grocery stores. The seeds sold for consumption are hulled and "sterile," and they will not grow if planted.

That's because a law passed in 1937 made it illegal for farmers in the United States to grow hemp or to import seeds to plant. The 78-year ban on growing a beneficial food product — not to mention the vast array of non-edible hemp products such as paper, fabric and rope — began to change last February when President Obama signed the 2014 farm bill, which included a provision allowing hemp to be grown in some states for research purposes.

The United States is the only industrialized nation where hemp farming is outlawed. Hopefully, the farm bill is only the first step toward returning a useful crop to American farmland.

Times have certainly changed. Legislation passed in 1619 by the Assembly of Jamestown Colony, Virginia, made it compulsory for every farmer to grow hemp to use for the production of clothes, ropes and sails. The need for twine, rope and other industrial fibers during World War II prompted farmers in the United States to grow about a million acres of hemp, subsidized by the federal government. 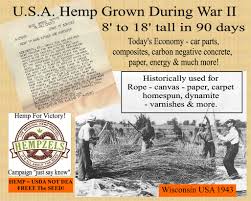 It's important to revisit old ideas, and cannabis sativa is an old idea long overdue for a complete reexamination. A good place to begin is at the kitchen table by sprinkling some hemp hearts on a fresh baked sweet potato. But be forewarned: Once you taste it, you might get hooked by the nutritious flavor of a good-for-you food that has been unfairly maligned for far too long.