Look who moved in...

Several weeks ago I added some birdhouses to the south garden. Although I knew it was a bit late in nesting season, I hoped a Carolina wren or some other small bird might still be looking for a place to raise young. 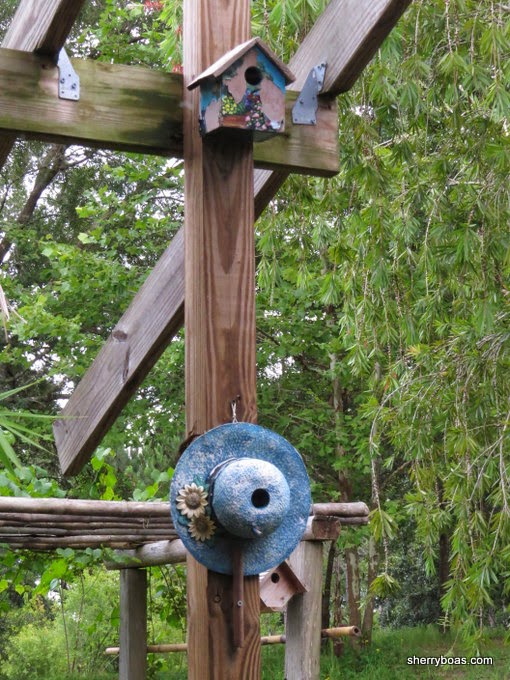 Although a wren did come by a couple times to check things out, it wasn't a bird at all who finally moved in. 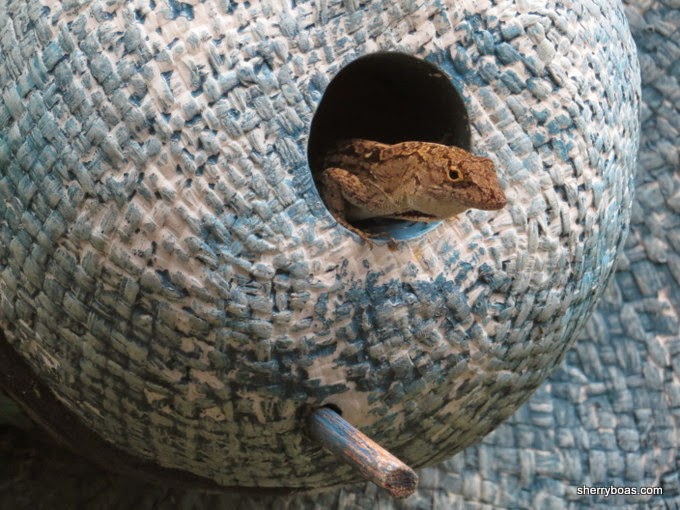 It was a little lizard! A Brown Anole seems to like hiding out in the ceramic hat birdhouse. 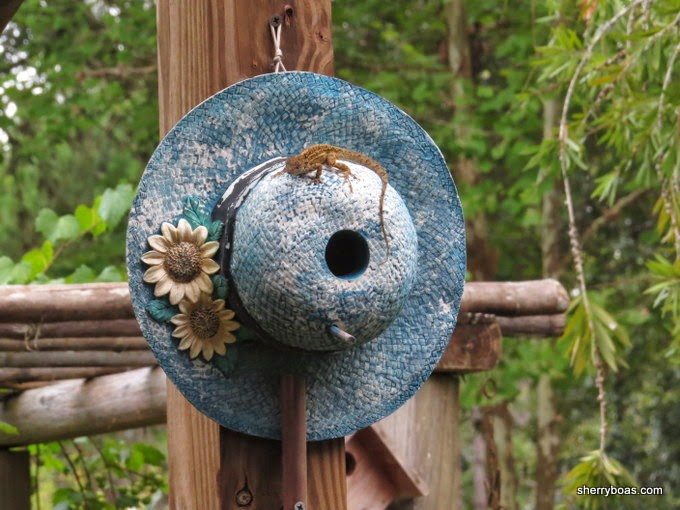 When he is not inside the house, he likes to stand on its "roof" and strut his stuff. 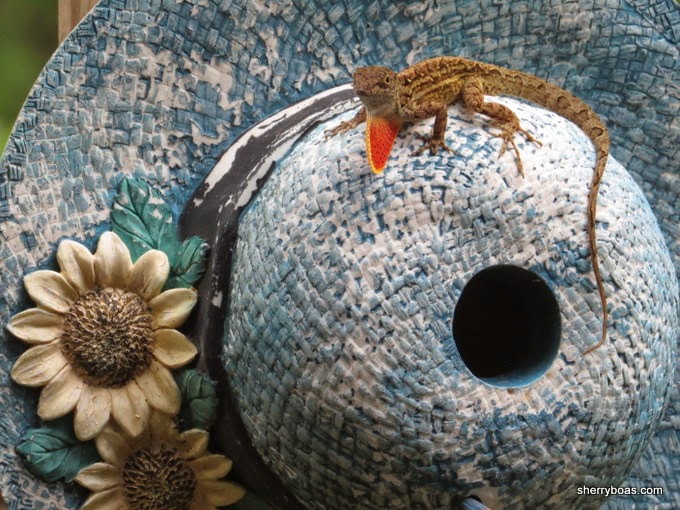 In the picture above, the lizard is extending his dewlap or throat flap, a colorful appendage that males use to attract females and to declare territorial claims.

Maybe next spring instead of lizards, birds will inhabit the birdhouses. Until then, I'll be watching the Brown Anole as he goes about his business of eating insects, chasing away other lizards and resting in the shelter of a hat-shaped ceramic birdhouse.