Pelican, manatee and dolphins, oh my!

The other day, while Ralph was working on a landscaping project, I drove over to the Mary McLeod Bethune Beach Park, a six-acre strip of land and boardwalk along the Indian River where dolphins and manatees often congregate. 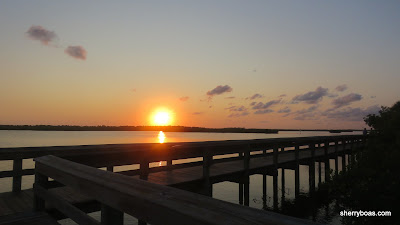 It was a chilly, windy Monday afternoon so few people were around. I zipped up my fuzzy vest, reached into the back seat for my camera only to realize I had forgotten to take it with me when I left the house.

Darn!  Oh, well.  At least I had my cell phone.  Not much of a zoom, but maybe I wouldn't need it.  I got out of the car and walked onto the boardwalk along the water.

Although the weather might have kept kayakers from paddling into the cove like they usually do, and probably was why fishermen weren't on the dock, it didn't prevent a pair of dolphins from frolicking in the brackish water or manatees from munching on sea veggies or pelicans from diving for a fresh caught meal. 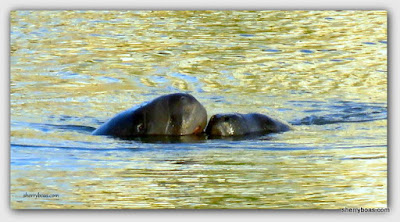 With so much wildlife action taking place, I had to take a video. I picked up the phone and pressed record.  While I was filming, a brown pelican left its perch atop a piling, dove into the water and caught a fish.  It then tried to land in the water to eat its catch but... 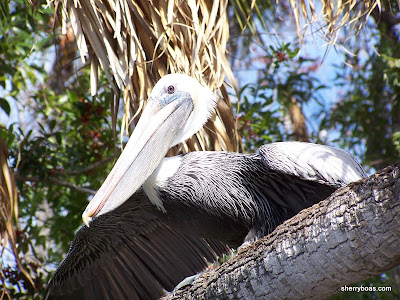 Let's just say its choice of a landing spot wasn't exactly what the pelican expected.

Watch the video and let me know what you think happened.