A snake - and not just any snake but a really big Eastern Diamondback Rattlesnake - was stretched across the driveway when I came home. 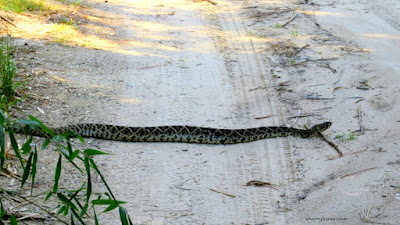 Of course, as soon as I saw it I stopped the car, reached for my camera and began taking pictures. 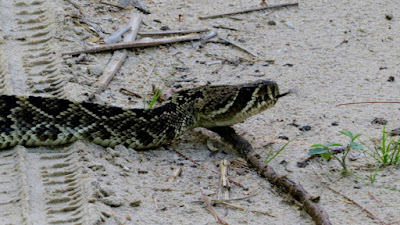 The rattlesnake turned toward me and took a good look.... 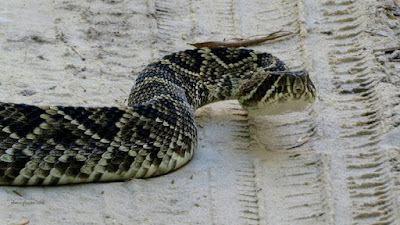 ...before deciding to turn around and slither back through the bamboo hedge into the woods.
Below is a short video I took of the snake just before it disappeared back into the forest.

In the 23 years we have lived on our property, this is only the third time a huge rattler has made an appearance.  Many might find such an encounter terrifying but to me it was thrilling. What a privilege and treat it was to see such a beautiful and large creature.

So exciting!
Posted by sherry boas at 3:35 PM