Pass by any pastureland with grazing cattle and you’ll probably notice numerous birds accompanying the herd. The birds are cattle egrets, ­Bubulcus ibis, stubby white critters with small blots of buff-colored plumage on their underbellies and crowns. 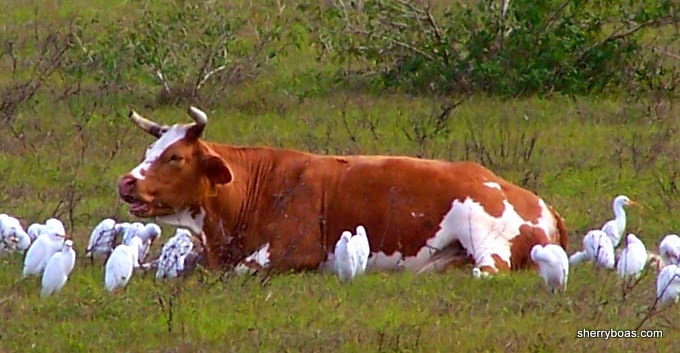 Although the cattle egret is native to tropical and semi-tropical parts of Asia, Africa and Europe, its territory has expanded throughout the world. It has even adapted to the frigid climate of Alaska.

My interest in this common, less showy member of the heron family grew a couple weeks ago during a visit by two childhood friends, Sharon Marcello LaRossa and Mary Ann Sircely.

The three of us grew up in southeastern Pennsylvania, and while Sharon still lives in that area, Mary Ann relocated a few years ago to Orcas Island off the coast of Washington. In addition to sharing the same hometown and K-12 memories, we’ve developed into adults with a love of nature and a common interest in photographing birds and other wildlife.

On the second day of their visit, we decided to tap those shared interests by doing some exploring. We visited a nearby tract of yet-to-be-developed land to see Florida scrub jays and followed that up with stops at two new nature preserves near Ferndale. From there we headed toward Trout Lake Nature Center in Eustis with a stop in downtown Eustis for lunch and a walk along the waterfront.

It was a relaxing trip on back roads with frequent stops whenever one of us spotted an unusual bird — a loggerhead shrike in a field or a hawk soaring overhead.

As we rounded a bend in the Sugarloaf Mountain area of Clermont, a herd of cattle captured my companions’ attention. Actually, it was the mixture of birds and bovines that made my friends grab their cameras and spring from the car.

Cattle egrets and the animals they often accompany have a symbiotic relationship. The birds that stand on the backs of bovines pick off parasitic bugs like ticks, fleas and flies while egrets on the ground try to catch grasshoppers or other insects disturbed by the movement of the cattle.

Because I’m so used to seeing cattle egrets, I’ve come to take them for granted. But a little research after my friends’ visit shed new light on a common sight.

In addition to bugs, this year-round resident of the Sunshine State eats moths, worms, frogs, toads, lizards, snakes, eggs, small mammals and the occasional fish. As an opportunistic feeder, it will feed at garbage dumps as well as in fields. Cleverly, it also satisfies its palate by catching insects blown out of the grass by departing airplanes and by flying toward smoke to find bugs fleeing from wildfires.

One of the most common sightings of cattle egrets doesn’t involve cattle at all. They often trail behind lawnmowers in yards to capture insects disturbed by the mower.

Although my friends and I saw many birds on our daylong romp, the highlight was watching the cattle egrets and livestock interact with one another. Sharon expressed it well when she said, “For me, it was very unusual. Before our trip to Florida, I had only seen a cattle egret once and I had never seen them with cattle. I thought it was just incredible that the cattle and the egrets were so very comfortable with each other. When the egrets were coming closer to us, it seemed like the cattle moved closer, almost to protect them. They are a good example of how we should all live together and take care of one another.”

Sometimes a quick stop to take pictures yields more than a snapshot of wildlife. In this case, it made me rethink the ordinary. It also made me grateful for friends who — despite the years and distances that separate us — appreciate nature in its many crazy and unexpected ways. I had no idea the common cattle egret could provide such insight. 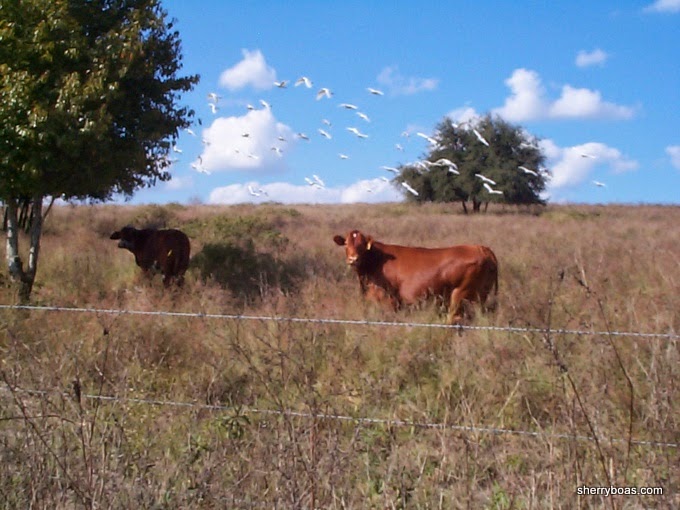