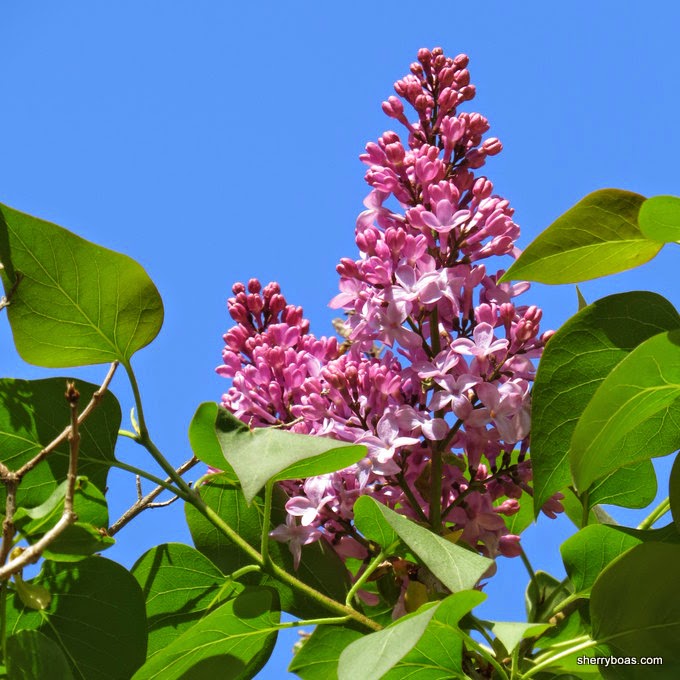 Ralph and I recently spent a week in New England. On the drive from the airport to our daughter Jenny’s home in Florence, Mass., I found myself fixated on the colorful landscape. Although I grew up in Pennsylvania and lived on Cape Cod for 17 years, it’s been a long time since I’ve experienced a northern spring.

It was by happenstance that the timing of our trip coordinated with a flush of flowering plants, but what a stroke of luck! I was able to experience the bold bloom of forsythia bushes, the fragrant pink blossoms of crab apple trees and prolific displays of groundcovers such as violets, forget-me-nots and phlox. I was there to see tulips and lilies emerge from winter-weary ground. I saw fruit trees flower, maple leaves unfurl and everywhere I looked, I watched weeds grow at an alarming rate.

Dandelions, that bane of many a residential landscape, were ubiquitous. The large yellow blooms dotted small yards and vast fields alike. Although I’m sure many people struggle to eradicate the invasive wildflowers from their lawns, every now and then you come across individuals who look at dandelions and see opportunity.

On Mother’s Day, on our way back from a birding walk, Jenny and I passed a group of children and adults gathered in a field overtaken by the yellow-flowering plants. A photographer kneeling next to her tripod was taking a family portrait. As we drove by, I smiled to think how treasured that beautiful scene — a family encircled by gold — would be in years to come. The timing was perfect. A few days later, that same field was covered with dandelion seed heads, those feathery orbs of far-flying seeds attached to wispy parachutes. It’s no wonder the common dandelion is… well, so common in New England.

Another omnipresent weed that I watched emerge during the week we spent in Florence was Polygonum cuspidatum, better known as Japanese knotweed.

When Jenny and her husband Brett bought their house last year, their entire eastern border was covered in dense stands of towering knotweed. My husband worked hard last October to chop down and dig up the aggressive perennial but, despite his valiant efforts, new plants began poking through the ground this spring shortly after we arrived. By the time we left seven days later, numerous shoots were already leafing out, three-feet tall and growing taller.

As I watched the knotweed surge madly skyward, I couldn’t help but feel glad it doesn’t grow in Florida. I had the same thought as I noticed all the tiny maple trees popping up in garden beds and onion grass invading lawns.

Experiencing springtime in New England was a fortuitous bonus for a pair of grandparents whose trip was planned around spending time with family. I enjoyed taking walks in the cooler air, seeing daffodils and watching lilacs develop. I loved the color of ornamental quince flowers — a reddish, coral I’ve rarely seen in nature — and finding mounds of swamp cabbage in wetlands.

But mostly I found myself feeling grateful to be visiting only. As much as I enjoyed a week-long taste of a northern spring, I was eager to return home to the ever-changing southern seasons I have come to love so much.

When we told one New Englander we lived in Florida, his response was, “What’s it like there now, 130-degrees?”

Florida may not be everyone’s idea of paradise, but it’s mine. Although we were away for just short time, it sure is good to be home.