May is a berry sweet Month

It’s May, one of the best months to be outside. Some people take advantage of the pleasant weather to work in the garden, play golf or stroll around the neighborhood. For Ralph and me, May is a month to head over to Lake Catherine Blueberries in Groveland to pick a couple buckets of one of our favorite fruits.

Picking blueberries was a family tradition well before we moved to Florida. When we lived on Cape Cod, we would go to a blueberry farm in Eastham at the end of summer — rather than now as we do in Florida — because that’s when blueberries ripen in New England. After relocating here, we had to reset our u-pick clock since blueberry season starts early in the spring and ends between June and July, depending on the variety and location.

Our first Florida residence was in Kissimmee and although the closest u-pick farm was several hours away, that didn’t stop us from piling our young children into the camper every spring to drive north to Marion County, where we’d pick buckets of fruit from the backyard farm of an elderly couple in the community of Moss Bluff.

Our trips to Moss Bluff were an annual event for several years. On each occasion, we’d pick all day long, trying to get enough fruit to last the winter, then reward ourselves with big bowls of homemade blueberry ice cream that the couple sold out of a chest freezer by their house. Sometimes we’d stay overnight, camping in the couple’s field. We’d always take a swim in a secluded lake before the long drive back to Kissimmee.

Shortly after moving to Groveland in 1992, we were pleased to discover that our new home was less than 10 miles away from Mark’sBlueberries. At the time, Mark’s was one of the few u-pick blueberry farms in Central Florida. I can’t begin to calculate how many hundreds — maybe thousands — of pounds of blueberries we picked there over the years. To say we were regulars would be an understatement. We didn’t just pick fruit at Mark’s — we made memories.

These days, blueberry farming is on the rise in the Sunshine State, so more families can create memorable experiences like those we’ve enjoyed over the years. The Florida Blueberry Growers Association, which launched in 2012 with just 25 members, has 350 members today. Instead of just one farm to serve an entire region, there are now more than a dozen u-pick blueberry farms in the Greater Orlando area, including at least 10 locations (listed below) throughout Lake County.

One of the newer Lake County u-pick operations is just five miles away from our home. Lake Catherine Blueberries is located a mile north of State Road 50 on State Road 19. Longtime citrus farmers Clinton and Ann Lowe together with their son Dustin and his wife Jamie Godfrey Lowe, planted their first blueberry bushes in 2009 on five acres of pasture land.

When that modest start proved successful, they planted more. By 2013, blueberries were growing on 17 acres, and this year they have a total of 37 acres in production. Plans for 2015 include two additional acres allocated for u-pick blackberries.

Our family has been picking fruit at Lake Catherine Blueberries ever since they opened. As I’ve watched the farm grow, I’ve been impressed by how much hard work and effort the family has put into creating a top-notch operation with a broad online presence. The Lowes have accomplished what few agricultural enterprises can do — they’ve turned a u-pick farm into a community destination.

In addition to blueberry picking, visitors can purchase blueberry-themed items and homemade goodies at Ava Grace’s Country Store or quench their thirst with a glass at D.J.’s Lemonade Stand, both named after Jamie and Dustin’s young daughter and son. There’s a playground for the kids, a cutout poster to pose in for pictures and an antique tractor to admire. Groups can arrange for a tour, which includes an education overview of what farming is all about, berry sampling and a hayride. 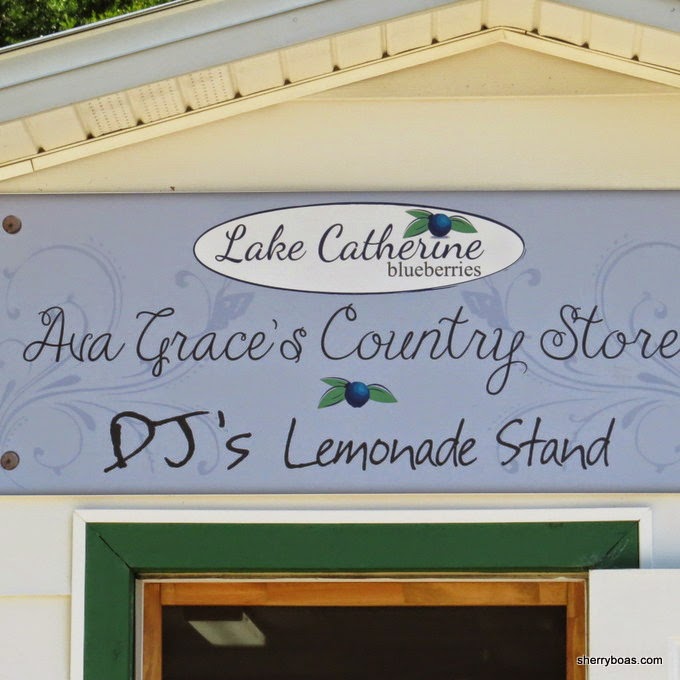 After three decades of picking blueberries, I’ve come to realize that there’s more to picking fruit than the berries themselves. An important part of any retail experience is the way you are treated and the feelings you get from the location itself. I’m glad to know that the people who own and operate our local u-pick blueberry farms are doing their best to make the public welcome.

If you have not yet visited a local berry farm, go soon. Not only will you be filling a bucket, you’ll be gathering memories to savor long after blueberry season ends. 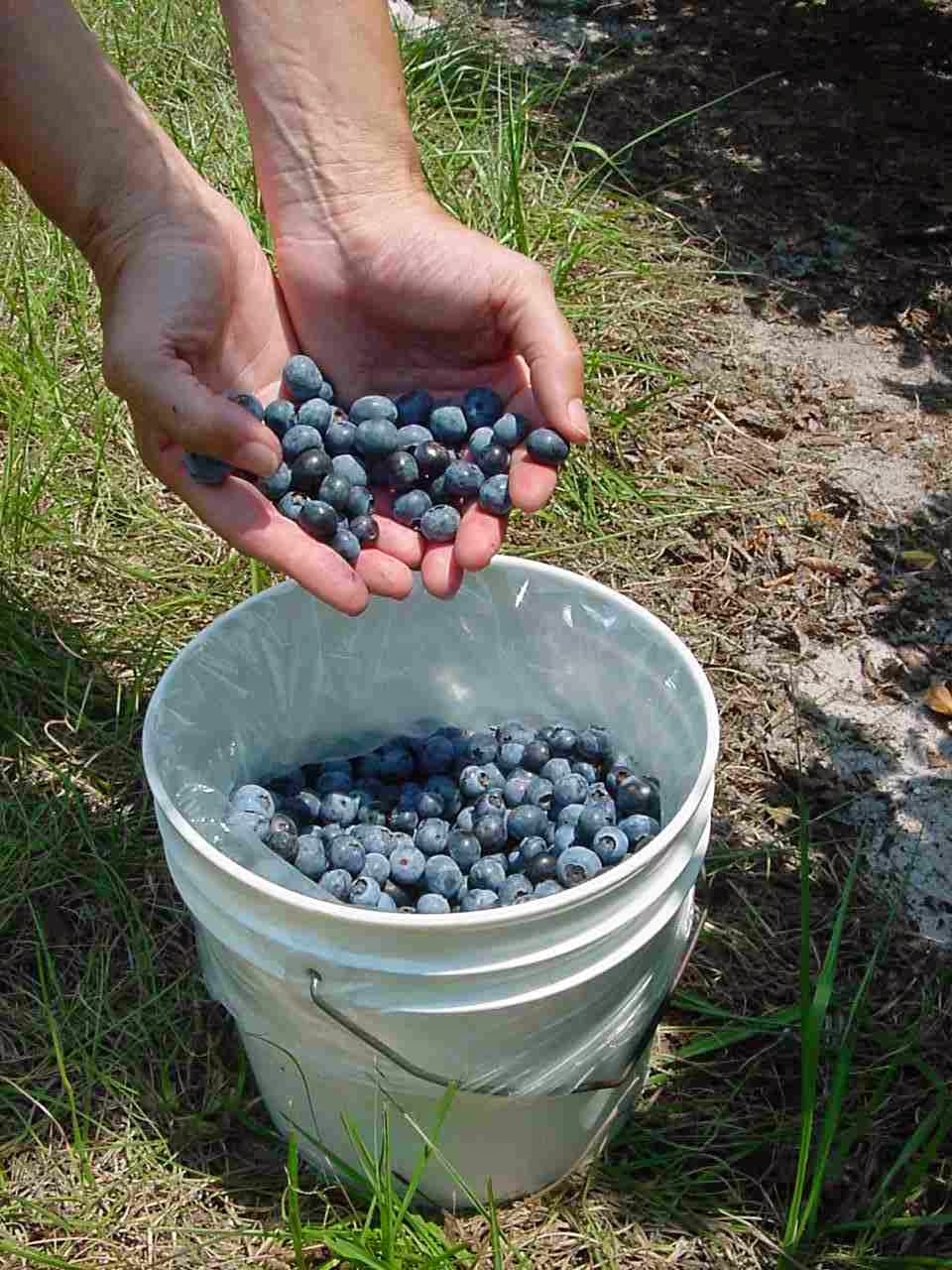 Some of the U-Pick Blueberry Farms in Lake County: