Cooking for Picasso - a flavorful mix of love, art, history and intrigue

As much as I enjoy being outside exploring nature, there are times when I’d rather be inside instead, especially when I have a good book to read.

The most recent tale keeping me out of the summer heat is the 2016 debut stand-alone novel by Camille Aubray, “Cooking for Picasso.” I enjoy books that slip seamlessly between present and past periods as well as ones featuring strong female characters. 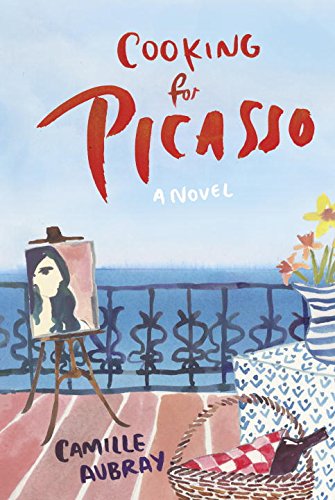 I especially enjoy reading about women who find certain societal norms unacceptable and defy them by questioning and rejecting those customs, despite the serious consequences their actions create. My interest is piqued by books that introduce me to unfamiliar facets of familiar people and which broaden my knowledge of subjects and places beyond the scope of my experience.

Aubray’s 387-page novel does all that and more.

Set predominantly in the French Riviera — a place I’ve never visited but find intriguing — the story bounces back and forth between contemporary times and the early 20th Century.

The two main characters are Celine, a freelance Hollywood makeup artist, and her grandmother Ondine, who acted as personal chef to the famed artist Picasso during a few brief but memorable months in 1936. During a visit with her parents, Celine’s mother Julie entrusts her daughter with a long-hidden handwritten cookbook penned by Grandmother Ondine during the months she prepared meals for Picasso.

After Celine’s father dies and her mother falls seriously ill, a situation arises that demands answers to her mother’s enigmatic stories and hinted family secrets. Celine leaves New York City and travels to the Cote d’Azur with her Aunt Matilda to take a cooking class that her mother had paid for but was too ill to take.

There, in the same village where her grandmother once lived, worked and prepared food for the famed artist, Celine is drawn into a search into the past that proves to be far more vital to her future than she ever expected.

Aubray is an Edward F. Albee Foundation Fellowship winner who has written and produced for ABC News, PBS and A&E and is mentored by novelist Margaret Atwood.  Although "Cooking for Picasso" is her first stand-alone novel, she is the author of four books in the "Rather" series under the name, C.A. Belmond.

Aubray writes in lyrical prose interspersed with relevant French phrases which, even though they were translated within the text, I enjoyed trying to figure out on my own. The characters she has created are likeable and quirky, the plot compelling and the story line, which twisted and turned in unexpected directions, never failed to hold my attention. Chapter after chapter, I found myself wondering what would happen next.


Part mystery, part historical fiction and part biographical exposé with just the right dash of romance to add a hint of spice, “Cooking for Picasso” is like a delectable bouillabaisse of blended flavors and texture. It is one of those rare books you can’t stop reading but don’t want to end.
Posted by sherry boas at 4:59 AM