While rowing along the shore of our lake, splashes of purple caught my eye.

During the month of March, pinecones are forming in Central Florida, and on our property, several thousand slash pines, Pinus elliottii, are presenting purple displays of what can brazenly be described as pine tree sex. 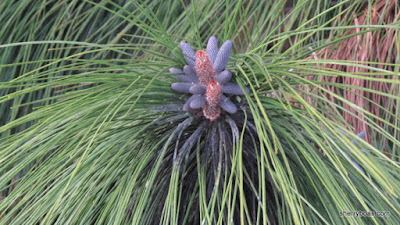 All conifers are monoecious, which means the plants contain separate male and female reproductive parts called gametes. A gamete is the male or female cell that contains half the genetic material of the organism.

In the case of slash pines, the female seed parts develop into the familiar brown conical structures known as pinecones. However, none of those woody brown cones would form if not for their male counterpart — the purple-colored pollen cones that recently have caught my attention. 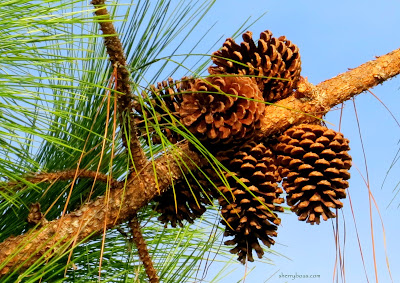 Unlike plants with flowers, pine trees don’t rely on bees, wasps, butterflies or other insects for pollination. Instead, conifers depend upon the wind to do the job of transferring genetic material from one location to another. Male pollen cones grow on the lower limbs. When wind blows, it carries pollen from male gametes into the air. Each tree produces millions of pollen particles with the hope that some will land on the female gametes growing on the upper limbs. 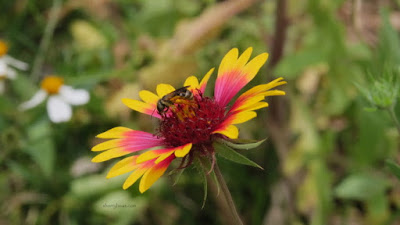 Of course, not all pollen particles reach their intended target. Most land elsewhere. Much to the annoyance of car owners, pine pollen settles on vehicle roofs and windows. It blankets shallow lake water with a yellow film. In people with a propensity for allergies, the arrival of pine pollens floating through air makes breathing difficult and aggravates sinuses.

But none of those results are the intended purpose of a male gamete’s springtime journey. Its aim is to find female gametes on the upper limbs. Once male pollen settles on its female counterpart, the pollen grains sift among the scales of the female cone to land directly on the unfertilized seeds, and the process of developing new pine trees can begin. 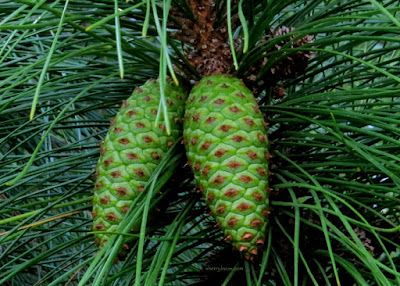 Growing new pine trees takes time — lots of time. A slash pine is not ready to produce pollen until it is 10 to 15 years old. About half a year after wind deposits pollen on the female cone, seeds fall to the ground and are ready to germinate — if, that is, they land in an acceptable location and are not eaten first by squirrels or birds. 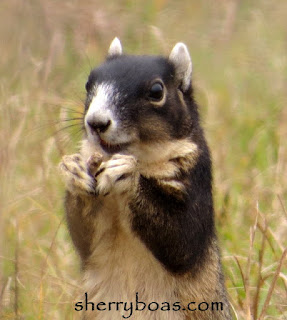 Not all soil is suitable for growth. Some soils don’t have an appropriate composition. They might be too dry or too wet. On our property, many seedlings fall into areas that are under water during wet seasons, and while slash pines can tolerate wet feet for short periods, they often die if they sit in water too long.

I wasn’t thinking of the many obstacles slash pines endure in their effort to reproduce when I was rowing by the purple splashes of color. I was merely struck by a familiar beauty I recalled from previous seasons. Springtime is, after all, the time of love. Valentine’s Day may have already come and gone but from a slash pine’s perspective, the season of purple passion has just begun.
Posted by sherry boas at 5:22 PM