I was about to turn off the country lane onto busy State Road 19 when a coyote ran across the road in front of me.

Instead of continuing on my way, I pulled over and looked in the direction where the animal had gone until I spotted him in the brambly woods. The tawny-furred predator was standing still — watching me watch him. The coyote blended in so well with his surroundings that I missed seeing him move when he decided to leave, even though I was looking directly at him. 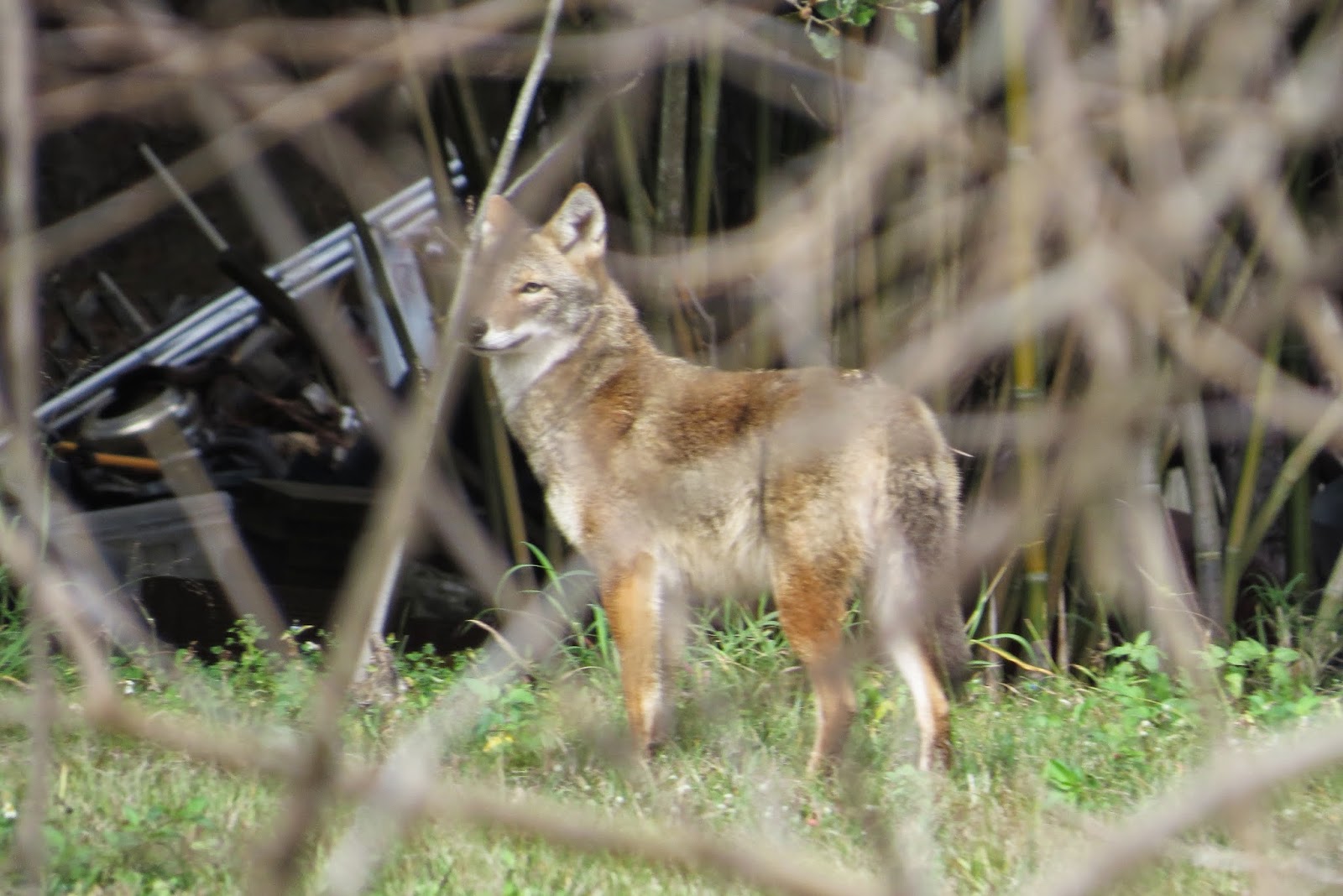 I couldn’t stop looking at the spot after the coyote left. I sat in the car and scanned the woods to see if I could find any other coyotes in the area. Although Canis latrans, which means “barking dog,” doesn’t run in packs like wolves do, the fleet-footed canine occasionally does travel in small family groups.

If there were other coyotes in the area, I didn’t see them. After a couple more minutes of intensified looking, I decided to turn south on S.R. 19 and continue on my way.

Coyotes are closely related to domesticated dogs, but they’re a far cry from “man’s best friend.” Pet owners fear the omnivorous predators will eat their beloved dog or cat. Ranchers dislike them because they sometimes kill livestock, and farmers don’t want them to eat their crops.

Many people detest coyotes but I’m not one of them. I harbor no ill will toward these mammals that have managed to survive — even thrive — in our less-than-hospitable, human-directed world. Instead of feeling frightened, alarmed or angered by a coyote’s presence, I consider any encounter I have with a large wild animal to be a gift.

Coyotes are smart. They’re extraordinarily adaptable and clever. They form strong family groups and protect their young. Although coyotes act and look like dogs — they’re usually grayish-brown, between 20 and 30 pounds with pointy ears, a narrow muzzle and a bushy tail — they receive none of the respect we lavish so willingly on their domesticated cousins. It’s odd how one animal is abhorred while the other is universally adored.

This was not the first time I’ve seen a coyote in the rural area I consider my neighborhood, and I doubt if it will be the last. Late winter is a coyote’s reproductive season with new pups born in spring. I don’t know where the coyote I saw was going or what it was after, but there’s a good possibility it was looking for food to take back to its mate or young offspring.

With Florida’s open hunting season for coyotes and the ever-present risk of being killed by a vehicle, the chance of survival for any individual animal is small. Yet, despite all the odds against it and an abysmal lack of public support, coyotes still manage to secure a place in our human-centric society. While other wild mammals fail to thrive, the much-maligned coyote doggedly endures.
Posted by sherry boas at 5:27 AM