A walk through the marsh 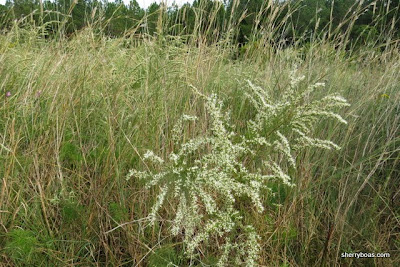 I went for a walk around the lake this afternoon and instead of taking one of the paths, I decided to forge a trail through the marsh grasses and do a little exploring. 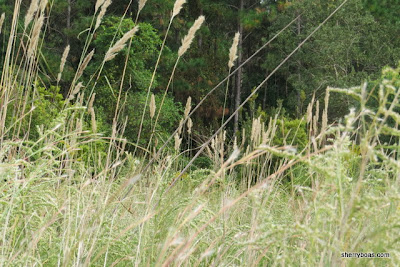 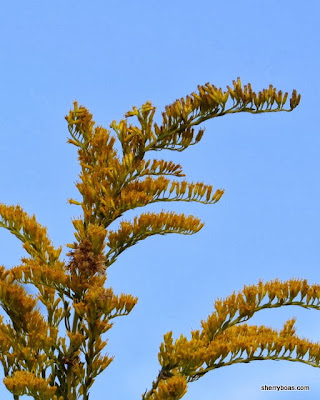 It was pretty in the marsh.  Autumn colors of gold and white, tan and green with a splash of pink every now and then. 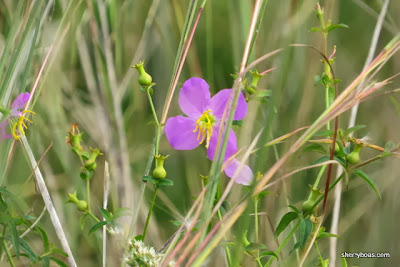 The farther into the marsh I went the muckier it became, but I didn't mind because I was intrigued by all the animal footprints I was seeing. 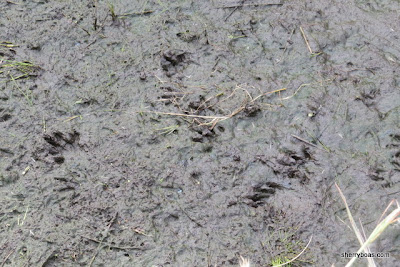 I'm not sure what kind of animals left their impressions in the peaty mud.  Perhaps raccoons, armadillos or maybe even bobcats.  Some of the paw prints were quite large. 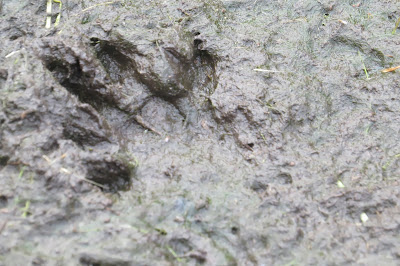 Most of the plants in the marsh were tall grasses and small flowers but a few wax myrtles took root in slightly elevated areas.  I was surprised to see how many berries were on the bushes. 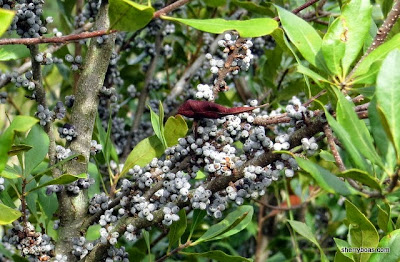 Although the berries could be gathered to make candles, I was content picking a few to crush in my hand, releasing their aromatic 'bayberry' scent. 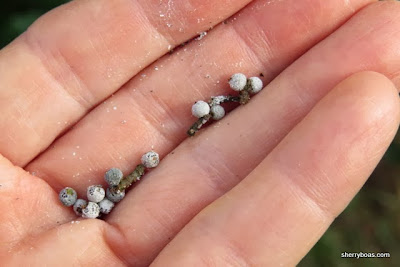 Although I was only admiring the wax myrtle bushes and its fragrant berries, a little white-eyed vireo seemed rather anxious about my presence in its territory. 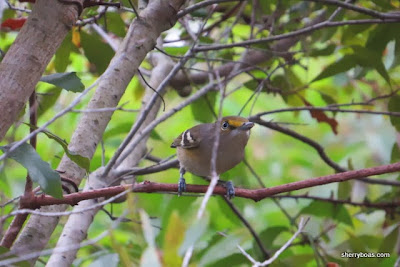 After leaving the marsh, I went back on one of our regular paths around the lake.  I saw a pretty passion flower that had climbed up and over a bunch of brambles. 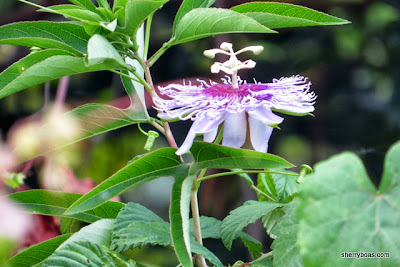 I passed by two large holes dug out in the side of the berm.  The holes are obviously used by some animal, but I don't know who.  It could be made by an armadillo, fox, gopher tortoise, snake or...? Every time I pass that spot I always hope I'll see who lives there but so far, no luck. That doesn't mean I'll stop looking. 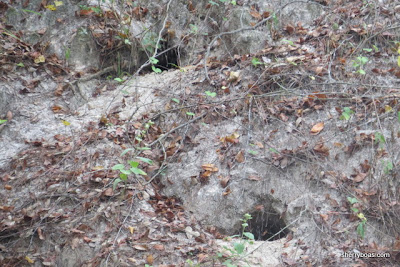 I did see one very unusual wildlife sighting on this particular walk but the animal was not alive.  A partially eaten body of a rabbit (I'm pretty sure it was a rabbit) was splayed across the branch of a tree.  The dead animal looked like it had been recently killed.  Maybe I scared away an owl, hawk or eagle as I was walking through that part of the forest and it left behind it's unfinished meal. 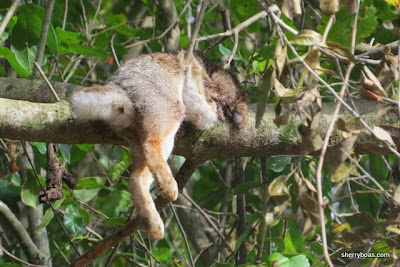 It was fun to take a walk through a different part of the property for a change although really, it doesn't matter which way I go.  I've yet to come back from any walk without seeing something - usually many somethings - memorable and exciting.