Life lessons not taught at college 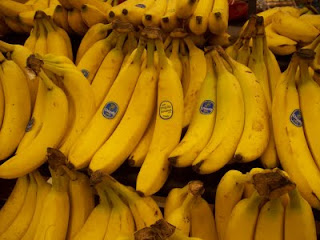 My 17-year-old son recently moved into his first apartment, a two-bedroom, two-bathroom condo close to the University of Central Florida. He's sharing the unit with a 20-year-old roommate who is living away from her family for the first time, too.

My precocious, chess-playing, math-loving youngest child couldn't wait to be off on his own. His eagerness to live independent of his increasingly annoying parents had become more and more difficult for him to suppress during the months preceding the move. His patience with King Rhetorical and Queen Hysteria (as he so lovingly labeled us) had decidedly waned. Like a puppy straining at the leash, he was ready for the tether to be unclipped. If truth be told, his father and I were ready, too. After 29 years of sharing our household with children, we were anticipating our own form of freedom. What we didn't anticipate was how entertaining it would be to watch our final child feel his way down the dimly lighted hallway of adulthood.

The entertainment began when I woke one morning shortly after Toby moved into his apartment and checked my Facebook page. On it was an entry posted by my son: "[I] learned today that trying to cook a grilled cheese sandwich on an electric stove on the highest heat isn't a good idea," his understated announcement read.

Let me step back a bit here to explain that Toby makes an excellent omelet. Like his three older siblings, my youngest offspring is comfortable in a kitchen. However, despite a familiarity with meal preparations, and even though omelets are his specialty, he had never (until he moved into his own home) cooked on anything except a gas burner.

"Yeah, grilled cheese and high heat are so not meant for each other," one of his Facebook friends responded.

I couldn't stop laughing. Levity continued a few days later when he called with a question.

"What does it mean when a banana starts to leak some sort of liquid?" he asked.

Struggling to quell a roaring tide of laughter, I answered as matter-of-factly as possible: "It means the banana has started to rot. You're going to find that some foods, like bananas, tomatoes and other soft-fleshed fruit, spoil quickly, especially in the summer, so don't buy more than you can eat in a couple of days."

Shortly after the banana incident, I stopped by his apartment to drop off his cell phone. Our son, who often chides us for forgetting things, had left his phone at home when he visited the previous weekend. I should mention that the reason he came home that weekend was to retrieve his phone's charger, an item he had forgotten to pack when he moved out.

"The floor got really wet," he explained.

The shower experience led to a laundry dilemma that we heard about after I had returned home that evening.

"Hi, Mama," my beloved progeny began. "I'm trying to do laundry, and I think the washing machine might be broken."

"Just a second, let me get your father," I said as I handed the telephone to the fixer in our household of all things mechanical.

Our son explained that he had put in the dirty laundry and detergent, turned the dial to the appropriate setting and pulled it to start but nothing happened.

"No water comes out," he reported. His father and I shared a knowing look.

"Look on the wall right behind the washer," Ralph patiently explained. "Do you see a couple of valves? Turn the one on the right — that's the cold-water valve — all the way to the left and then try it. Is it working now?"

How about that! It worked.

Ralph and I may be old and forgetful. Our hearing might not be as sharp as it used to be, and we do have a tendency to go on and on when all that's needed is a simple explanation. However, somewhere along the line we managed to accumulate knowledge — a fair amount of good, old-fashioned practical knowledge. That gives us the power (every now and then) to amaze one of humankind's most difficult-to-impress creatures — a 17-year-old man-child.

"Thanks, Mama. Thanks, Papa," Toby said, as he concluded the phone call. "I love you."

The feeling is mutual.