2015 was quite a year for wildlife encounters

Over the past year, I have had some memorable wildlife encounters.

Bluebird, bobcat and coyote sightings thrilled me in January while one highlight of February was videotaping several crows harassing a bald eagle on its pine tree perch.

I photographed coyotes again in March along with woodpeckers, sandhill cranes and a puffed up male peacock trying his best to impress several uninterested females.

Some of my most memorable wildlife finds in April were a complete surprise. While walking through Oakland Nature Preserve just west of Winter Garden, I chanced upon zebras, wildebeests, ostriches, antelope and long-horned cattle grazing the grass at Briley Farm, a private exotic animal farm abutting the preserve. 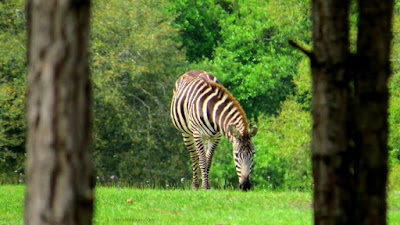 Nesting bluebirds, fluttering butterflies and a wild beehive discovered by my 5-year-old grandson were among May's highlights while June yielded a wild turkey sighting, the discovery of a cardinal nest, more bluebird action and concern over the presence of too many seed-stealing squirrels at my birdfeeders.


July was a month filled with fluttering and buzzing. I wrote about, videotaped and photographed numerous butterflies, bees and beneficial wasps fluttering around plants like African blue basil, tropical milkweed and scarlet salvia.

Sweet little chickadees brought smiles to my face in August even as I frowned over a seemingly unstoppable invasion of tawny crazy ants to areas directly around our house. 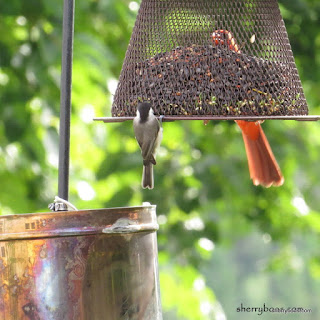 I learned about assassin bugs in September, which despite their name, are not harmful to people. My spotted beebalm plant provided hours of entertainment as I watched a wide range of pollinators visit its nectar-producing flowers.

During my birthday month of October, I made a short movie of an immature ibis awkwardly trying to balance on a utility wire and fretted over the discovery of a large rat in one of my flowerpots after returning home from a week at the beach.

In November, I took pictures of a belted kingfisher fluffing his feathers and photographed spider webs glimmering in the morning dew.

One day, as I was coming home from town, I chanced upon a giant rattlesnake on our driveway. Seeing such a large and beautiful specimen is a rarity considering how quick most people are to kill snakes, especially venomous varieties. I left my find alone to live long and prosper in the forest understory.

November was also the month when I first spotted feral hogs on our property near Groveland. Unlike the rattlesnake, which I never considered killing, knowing that a passel of hogs has discovered our lakeside home has created an ethical struggle. Initially, I was excited to see such large mammals on our property. But as the weeks went by and more and more land was uprooted, I began to question my views on hunting.

I was distraught by the slaughter of 295 Florida black bears — hunting was permitted in October for the first time in 21 years. Killing them seemed wrong for so many reasons, but wild hogs are different. Unlike the black bear, with a small population hovering around 3,000, the number of feral pigs is huge. A half-million or more of these disease- and parasite-carrying critters roam the Florida countryside digging up land, wallowing in mud and polluting waterways such as our clear, clean lake. 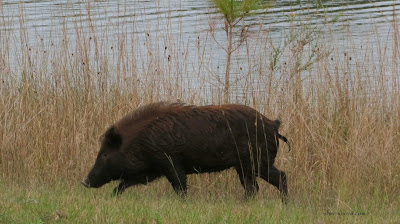 Learning to coexist with nature has always been important to me, but sometimes coexisting is simply not possible. In December, I watched as a black boar swam through the water in our lake. When he stepped out on land, I realized I'd had enough. Seeing our shoreline torn up was one thing, but sharing the water in our lake with this bristly fellow and his friends was more than I could bear. The boar and I took a good long look at one another before he turned and ran away.

I've learned to live with alligators. I'm not scared of snakes. I appreciate spiders, bees and pollinating wasps. But feral hogs are singular. They pose unique problems.

According to the Chinese calendar, it won't be the Year of the Pig until 2019. And yet where I live, the Year of the Pig already happened. It took place in 2015 when a sounder of swine discovered our property. I intend for 2016 to be different. One way or another the porcine population must leave our landscape. As much as I treasure wildlife encounters, I refuse to be hogtied by a feral pig invasion.
Posted by sherry boas at 6:43 PM