A dragonfly for Halloween?

It's almost the end of October so I suppose it's fitting to post a picture I recently took of a Halloween Pennant Dragonfly (Celithemis eponina) posing daintily on the curled tip of a spiderweb-adorned cattail. 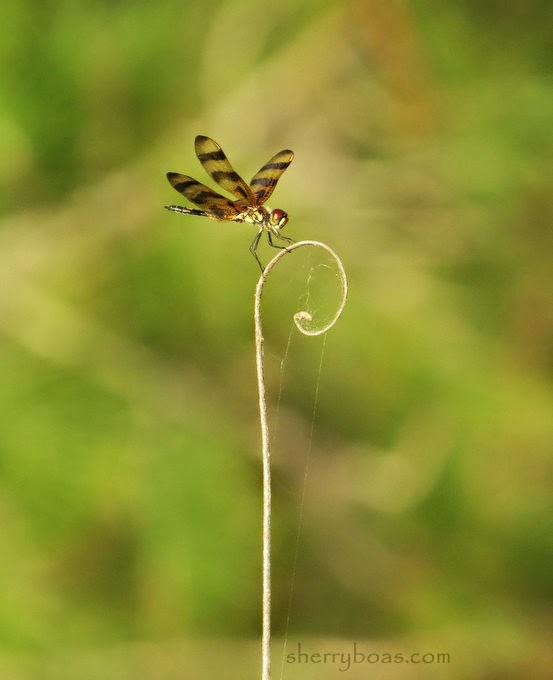 Named for its orange and black wings (the Halloween part) and a propensity to flap in the breeze like a flag while attached to bare perches (the pennant part), the Halloween pennant dragonfly is a familiar sight on our lake.

I especially like this picture, however, not so much for the dragonfly - lovely though it is - but for the curled tip of the slender cattail reed upon which it chose to perch.  Something about that spiral curve sets my heart aflutter.  Combined with the Halloween pennant's pretty profile it becomes a special end-of-October picture.
Posted by sherry boas at 6:13 PM