A day when doing nothing is more than enough

Ever since the beginning of the month, my husband Ralph has been asking me what I want to do for my birthday. My answer has been consistent:

For instance, going away is an option Ralph has mentioned. He loves the beach — a bit more than I do — and whenever we spend time there, we enjoy the ocean and our time away from the unending demands of home. With that in mind, I considered a trip to the beach for my birthday or to any of several other not-too-far-away places where it might be fun to go.

But even a short trip involves the gathering together of stuff, packing and unpacking, then doing it all over again when it’s time to return. It involves sleeping in a different bed and cooking in a different kitchen and driving in a car with a partner who doesn’t much enjoy driving in a car for any distance longer than 20 miles. All things considered, going away just seems like too much effort for too little return. Nope. I don’t want to go on a trip for my birthday.

There’s a certain allure to seeing a movie and going out to dinner.

For most people, a restaurant meal and theatre ticket is a solid, sure-to-please present, and I’d like it too — if the picture I saw were a romantic comedy. So I checked my local multi-screen cinema, which is less than 20 miles away, and although the schedule on their website lists 25 pictures currently playing, none of the movies fit the bill. If frightening flicks, tragic love stories or mutant Ninjas were my thing, I’d have plenty of choices but finding a well-written, feel-good movie with a happy ending is much more difficult. Apocalyptic-terrorist-thriller-blood-and-gore films dominate the cinema scene. Romantic comedies? Not so much.


That leaves going out to eat. A restaurant meal is usually relaxing, assuming you share the meal with an amenable companion. However, my husband is not what you’d call a restaurant aficionado. He likes to eat certain foods prepared in a particular way. Unfortunately, his idea of a perfect meal — with rare exception— doesn’t match that of any local restaurateur. After years of trying unsuccessfully to find a nearby dining experience he’d enjoy, I finally gave up. We eat at home now, and that’s fine with me. I like our way of eating too.

So what did I do on my birthday? Exactly what I said I’d do. I did only things I enjoyed.

I got up early and went for a row while the lake was still thick with morning mist. I watched the sunrise over the trees, went for a meandering walk through the woods and took dozens of pictures. I ate delicious meals that Ralph and I prepared together and while we ate, I watched chickadees, cardinals and a tufted titmouse at the birdfeeder.

I allowed myself time to escape into a good book, to sip tea and to talk to my children on the phone. In the evening, I cuddled with my husband on the couch as we watched some favorite shows and before going to bed that night, I went outside to see the stars to catch a glimpse of the waxing crescent moon.

Birthdays have always been special to me but that doesn’t mean special days have to involve fancy gifts, getaways or elaborate dining experiences. Sometimes the best way to celebrate is to savor the moment and let your heart swell with gratitude for simply being here in this amazing world. For me, on my birthday, doing nothing is more than enough. 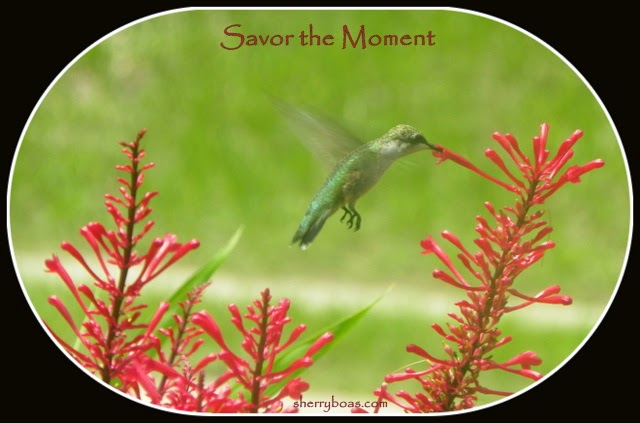