We recently returned from visiting Jenny and her family in Northampton Massachusetts and - as I do every time we travel north to our daughter’s adopted hometown - I can’t help but notice how different Western Massachusetts is from Central Florida.  Far more than miles separate these two culturally, demographically, topographically and physically diverse parts of the country.

Of the many physical differences between Central Florida and Western Massachusetts, one of the most obvious is the radically different styles of residential architecture.  Homes in Northampton are mainly wood-framed structures sided with painted clapboard or shingles intermingled with fieldstone or red brick buildings.

The stucco-covered concrete block buildings that line the streets in most Florida developments are non-existent in Jenny’s quaint New England community.  Actually, planned developments, in general, are practically a non-entity as are the cookie-cutter type houses we Floridians have come to accept as a given.

Instead of sprawling one-story structures like most Floridian abodes, homes in Northampton tend to be multi-story structures.  While some have garages (often detached) many houses are without a covered parking space.  One thing they don’t lack, however, is a working fireplace.  Chimneys are omnipresent – houses might even have more than one - yet air conditioning, if present at all, seems like an annoying afterthought.  Freestanding units protrude precariously from double-hung windows like stuck-out tongues registering disgust at the very thought of hot weather.

Home’s ages differ too.  In Florida (which became a state in 1845), a house built in the 1950s is considered OLD while in Western Massachusetts (statehood: 1788), houses that have sheltered families for well over a century are commonplace.  Entire neighborhoods in Northampton consist of winding, tree-lined streets flanked by a stately assortment of just such highly functional wood-framed antiques.

My daughter’s house, built in the early 1900s, sits in such a neighborhood.  Its small lot is dotted with tall trees and colorful perennials.  Flower-filled yards are as much a fixture in the Pioneer Valley (the area along the Massachusetts border of the Connecticut River) as the old-time, wood-framed homes they adorn.

On this most recent visit, the late summer blooms – or more specifically, the bees that constantly buzzed in and out among the late summer blooms – became the focus of my attention.  I couldn’t help but wonder why I saw so many more bees there than I usually see back home in Florida, a state named for its floral displays.  In a period when bee populations around the country have being inexplicably decimated by CCD (Colony Collapse Disorder) why were the Western Massachusetts honey bees and bumblebees so active?

I wondered if it could be because of all the flowers.  Everywhere I looked, I saw blossoming plants.  They filled up tiny front yards, backyards and the sides of houses.  They grew out of planters, raised beds and in rock gardens.  Bright pink, white, yellow and blue wildflowers flanked roadsides and spread across unplowed fields.  In Jenny’s yard alone, bees buzzed about her pink phlox flowers, slender gooseneck blooms and several other pollen-filled flowers I was unable to identify.

Could the healthy bee population be a result of so many yards filled with flowering plants or was the explanation more complex?

The Pioneer Valley is a youthful, dynamic region home to five colleges.  Farmer’s Markets and CSAs are plentiful, recycling is routine and a plethora of Subarus, Priuses and Toyota Matrixes boast bumper stickers pronouncing “Be Green,” “Coexist” and “Every Day is Earth Day.” 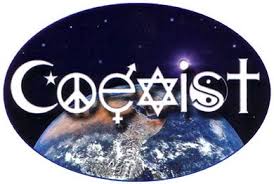 With so much visible evidence of an environmental consciousness, I wouldn’t be surprised if organic gardening was also widely practiced.  If so, a reduced usage of herbicides, pesticides and other potent chemicals might contribute to the health of bee populations.  Although it’s not definitive, research suggests that many common garden chemicals can prove fatal to bees.

I don’t know for sure why I saw so many more bees in Western Massachusetts than I usually see around my own flower-filled, unsprayed yard but I accepted the fact with pleasure.  I took many pictures of both flowers and bumblebees and enjoyed the phenomenon along with the many other contrasts between my southern abode and this quaint New England community.

It’s good to go away and see other sights.  It’s interesting to make comparisons, note different styles of architecture, cultural diversities and topographical differences.  It’s fun to challenge the mind to explore new ideas and ponder the “I wonder why’s” but it’s even better to come back home to the old familiar.  We may not have as many bees in my own adopted hometown, yet it remains the place I want to be.