Your one vote counts in this election: I learned the hard way 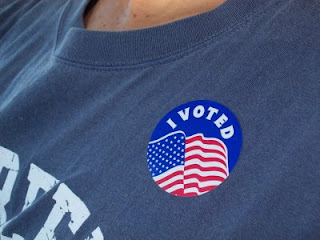 Tomorrow is Election Day, and I hope you're planning to vote. This year's presidential race looks like it is going to be close. Your one vote may really help to get the candidate of your choice elected.

What? You doubt whether your one vote makes that much difference?

Think again. Speaking from personal experience, I know just how important one vote can be.

The year was 1968. I was a junior at Pennsbury High School in Fairless Hills, Pa. It was election time for the student council and I -- a wispy young thing with strong principles and plenty of optimism -- was running for vice president.

My opponent was Jeffrey Lipps and neither of us was a part of the "in crowd." We were both good but not great students and, although we shared a moderate amount of involvement in school clubs, neither of us was particularly athletic or super-popular. I cannot remember why I decided to run for office, but I imagine it was because of a perceived injustice. I was the kind of kid who found it practically impossible to sit idly by when I thought something was not fair.

My campaign included handmade signs, posters hung in the hall and a speech before the student body -- a little more than 1,000 kids -- that caused my stomach to do flip-flops and my mouth to go dry.

After what seemed like an endless campaign, Election Day finally arrived. It was time to cast our votes for the students who would become the next school leaders. I don't recall where we voted -- in homeroom at our desks or in voting booths in the auditorium. What I do remember -- and this is one of those vivid memories etched onto my mental hard drive -- was the strong feeling I had immediately prior to casting my vote.

"Voting for myself would demonstrate pomposity," my still-maturing 16-year-old mind reasoned.

The fair and equitable thing to do would be to vote for my opponent. It would demonstrate strength of character, moral impartiality and plain, old-fashioned good neighborliness. It was the high moral ground that led to success.

Wrong. It led straight to defeat.

I lost the election. Jeffrey Lipps won. And it wasn't as though he won by a landslide. If he had, the entire episode might have been easier to accept. No, when the votes were tallied, my honorable opponent won by a single vote. My vote. My freely given, selfless (translation: STUPID) show of camaraderie was the deciding factor that enabled my opponent to win the election.

We learn many things in high school that stay with us forever. The lessons I learned during my junior year running for office remain with me today. Every time I enter a voting booth to cast my ballot for a public official, a little voice inside my head whispers, "Remember high school: Every vote matters."

While I hope my candidate wins the 2008 presidential election, I have no idea who will be victorious. One thing I'm pretty sure of though: when John McCain and Barack Obama step into their respective voting booths to cast their ballots, neither one will do what I did so many years ago and vote for his opponent.

It may have been shortsighted or unwise for a 16-year-old to vote for her opponent in 1968, but in 2008 an equally foolish move would be to stay home and not vote at all. Get out there tomorrow and exercise your constitutional right. Cast a vote. No one should be indifferent when one vote -- one single vote -- can make all the difference in the world.
Posted by sherry boas at 7:48 PM