Music in your ears can change your life 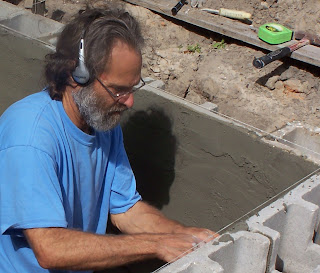 I’m a slow learner when it comes to technology. My usual pattern is to resist change until I eventually give in to whatever new device has captivated the country’s collective mentality.

My husband is different. Ralph comes from a long line of gadget-lovers. Especially when it comes to music. So, in the early 90s when Steve Jobs introduced the world to Apple’s iPod, my music-loving husband was among the first to step aboard the digital bandwagon.

Back then, an iPod cost $399, was about the size of a pack of cigarettes and just about as addictive. Ralph was quickly hooked on his magic 6.5-ounce music machine.

“It’s changed my life,” he repeated so often I considered it his mantra.

Late into evenings, holed up in his office, I’d find him cataloging old LPs, reel-to-reel recordings, cassette tapes and CDs. He transferred them into digital format, learned how to use music editing programs and downloaded songs he didn’t have off the Internet. The result of these nocturnal endeavors was a bulging computer anthology of our family’s favorite tunes, carefully arranged by my organized soul mate into files, folders and playlists.

Ralph was soon able to put on headphones, plug in his iPod and go outside to work, exercise or do chores accompanied by an endless stream of his favorite songs. Hours of what used to be mundane activity suddenly flew by to a melodious montage of old folk music, show tunes and soulful serenades by French pop artists of a bygone era.

I listened half-heartedly to my husband’s gushes of approval as Apple developed new and improved products. Yet, I remained constant, certain – despite his efforts to persuade me otherwise - that no iPod was in my future.

Wrong. It took 11 years but, eventually, I too joined the digital music generation.

Last year, when I finally bought an MP3 player, I didn’t purchase an iPod but selected one that offered an FM feature, important for my daily fix of NPR programs. Since then I’ve discovered, like Ralph did so many years ago, the simple pleasure a personalized playlist can bring to routine tasks.

Vacuuming is almost pleasurable when accompanied by sweet sounds wafting through my headphones. I exercise longer to the beat of music and enjoy the stimulation I get listening to downloaded podcasts when I’m traveling.

I especially appreciate an MP3 player’s virtues in the car since having one makes me a safer driver. Since my Zen player – an MP3 player produced by a company called Creative - contains hundreds of tunes, I no longer have to switch CDs. That means it has eliminated the need to divide my attention between driving and fumbling around in the CD stash in search of decent disc to pop in the player.

And while I have no desire to completely replace birdsongs with love songs, I can now enjoy the option of covering my ears with headphones and listening to a little music when I go for a walk.

Unlike my husband, I can’t say having an MP3 player has changed my life. But it has made certain tasks more enjoyable and less tedious.

Apparently, there’s a large group of people who agree. The other day I was driving along Plant Street, parallel to the West Orange Bike Trail in Winter Garden. Although it’s purely an estimate, I’d guess that 75% of the people I passed were plugged into some sort of listening device.

An argument could be made that MP3 players distract people from the natural surroundings but I wonder how many of those folk wouldn’t be outside at all if not for their digital sound systems.

And who knows, maybe a few are even like my husband - chanting their own version of the iPod generation’s mantra: It’s changed my life.