Back Roads Turn Up Delightful Surprises 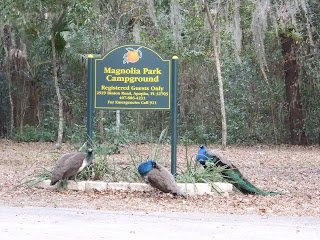 I love back roads. Given enough time to get from Point A to Point B, I’ll always opt for the least direct route. I do it because no matter what unfamiliar two-lane road I select, I inevitably see something memorable.

That’s what happened the other day when an appointment took me to Apopka. Before leaving my house, I did the obligatory search on Google Maps for directions, consulted my Orlando-area road atlas and filed away mental notes of my destination’s general location. Allowing myself a good half-hour extra time to account for errors, I set off for my appointment.

It was a great trip. Rather than take the 429, a far more direct passage, I meandered through downtown Winter Garden, eventually following side roads paralleling the highway. When I turned onto S.Binion Road, my eyes swept the landscape, taking in the large agricultural operations covering expansive sections of this still rural area. Unexpectedly, about halfway between Winter Garden to the south and Apopka to the north, I came across a park spanning both the left and right sides of the road. Since the hour for my appointment was imminent, I passed the park by, promising myself to stop in on my return route.

About two hours later that’s just what I did. The sign out front said Magnolia Park, Orange County Parks & Recreation and although it was a little after noon on a weekday, the 56-acre lakeside park was relatively quiet. I noticed a couple of cars parked on gravel-covered parking lots but didn’t see a single person walking about. As I traveled slowly along the paved road that looped through the well-manicured landscape, I noted various picnic spots and play areas – a basketball court here, children’s playground there, a sand volleyball area, dog walk and even a rollerblading trail. But it wasn’t until I rounded the bend on my way toward the exit that I struck gold.

There sitting in front of the sign stating Magnolia Park Campground – Registered Guests Only - was not one but three huge peacocks. Peacocks, in a park? And are they registered? I don’t think I’ve ever seen peacocks before in any of the parks I’ve explored in Florida and I’ve been to quite a few.

I wasted no time parking my car and getting out. I was eager to get a close-up view of these large and beautiful birds. It didn’t take long to realize there weren’t just three peacocks settled contented by the campground area, but 10 male and female birds perched on fence rails, pecking in the dirt for seeds or bugs, resting in the shade and looking far less surprised to see me than I was to see them.

A quick trip over to the park office answered several of my questions. According to staffer Mike Dudley (cq), who has 20 years experience with the Orange County park system, the peafowl – males are called peacocks, female are peahens - took up residence at Magnolia Park eight years ago.

“Someone dropped them off,” he said. “They were imported from India and I guess someone didn’t want them anymore so they brought them here and they’ve been here ever since.”

Although lovely to look at with their beautiful iridescent blue-green plumage and the male bird’s tufted crest, peafowl are actually nuisance birds, at least according to Dudley.

While the birds were silent during my short visit, Dudley is right about their noisiness. After listening to a recording of a peacock’s call on Cornell Lab of Ornithology’s online library of sound and video clips (www.animalbehaviorarchive.org), I totally understand why some consider their sounds to be more shriek than sweet birdsong. (cq - website)

Despite their screeching vocalizations, I found the magnificent birds at Magnolia Park to be an unexpected delight. They reinforced my belief that beauty and wonder can be found in the least likely places and that sometimes the back road is the most direct route to pleasure and surprise.
Posted by sherry boas at 6:42 AM