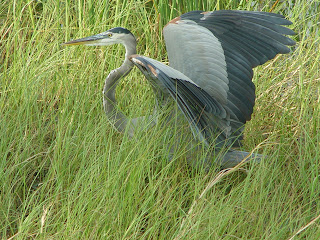 In the morning when the sky is just beginning to show signs of brightening, I push off from shore in my old rowboat to glide through the 12-acre lake by my home.

I’ve been rowing every morning for months and love every minute of it. The time I spend pulling those two aluminum oars through the calm pre-dawn water provides much more than an upper body workout. It’s meditative and entertaining; a time for reflection and escape into a quiet world where birdsongs and breezes take priority over cell phones and computer screens. Rowing exercises mind as well as body. Senses are stimulated; awareness heightened well before that first drop of caffeine is consumed.

During the 45 minutes it takes to paddle my 43-year-old skiff back and forth through the clear water, I’m always on the lookout - listening, thinking, watching and smelling. My awareness is so finetuned, my skin practically tingles with expectancy. Each time I’m out there – each and every time – something wonderful happens.

This morning the magic happened as I rowed a path between two large wading birds and neither flew away. On one side of the lake stood a great blue heron, elegant and sleek and well camouflaged among the weeds. On, the other – about 100 feet away – was a common egret. I saw the egret first. About 32-inches tall with snow-white body and long black legs, the egret stood out against the backdrop of greenery. Yet, despite its exposed position, the bird seemed fairly oblivious to my ever-nearing presence.

By contrast, the heron was completely unsettled by my sudden emergence into his stalking territory. His body seemed to shrink as he moved deeper into rushes and reeds. Attuned to his anxiety, I forced myself to look away. I’ve learned over the years that wild animals allow me to get closer if I keep my head down and refrain from staring. Following that reasoning and by keeping my oar strokes steady, I managed to glide past both birds without scaring either away.

It was just a little thing, but to me it was magic made real. I had succeeded at something I had never done before. I had seen both birds before but had never been able to overcome their natural nervousness. On previous rows, the heron always flew away well before my boat got within what I considered a threatening distance. And this time I got even closer, passing less than 25 feet away from the more timid of the two.

My morning paddle takes me up and down the lake’s length several times, and each time I passed the spot where both birds fished, they stood their ground. They may have remained by chance but I prefer to think not. I’d rather believe they’re getting to know and accept me – not as an intruder into their world of water and weeds but as a familiar face and non-threatening presence; another being seeking sustenance and strength from a habitat where magic can happen with the simple stroke of an oar.