Bright and red. Sweet and juicy. Fresh, ripe strawberries are a fruit-lover’s dream. 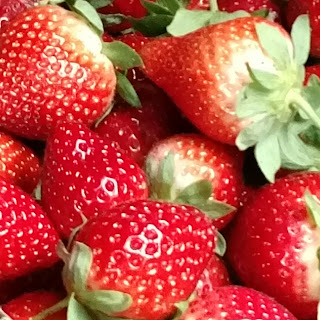 But in recent years, that dream has faded as one local u-pick strawberry farm after another has gone out of business. Until recently, Oak Haven Farm in Sorrento was the only place in Lake County still offering families a chance to pick their own fresh berries.

Now, however, another farm on the opposite end of the county has entered the strawberry-growing field. Lake Catherine Blueberries in Groveland has become the county’s second agricultural enterprise to offer u-pick strawberries to the public.

“Everybody was always asking what else we have growing,’’ said Jamie Godfrey Lowe. Lowe, her husband Dustin and Dustin’s parents, Clinton and Ann Lowe run the farm on family land that has been used for agricultural purposes for nearly 100 years. Clinton Lowe designed the elevated tiered system that enables pickers to pluck berries off the plant without bending. 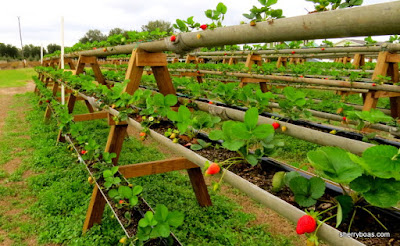 “As the plants mature, the berries will cascade down until the entire structure is covered with strawberries,” said Jamie Lowe. 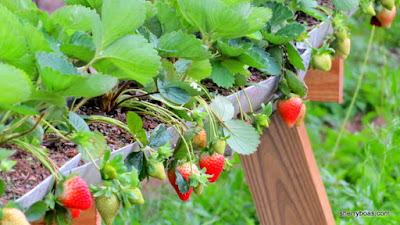 Clinton Lowe’s design is as unique as it is impressive. Traditionally, strawberries grow in the ground on rounded mounds. Pickers must bend over, squat down or crawl along the rows on their knees to gather fruit. At hydroponic farms, which became popular in recent years, fruit grows in nutrient infused water instead of soil and is raised above ground for ease of picking. Lowe’s design contains the best of both systems.

At Lake Catherine Blueberries, strawberry plants grow in soil in three horizontal troughs – one above the other – on eight rows of triangular frames. The bottom trough is about knee high, the middle waist high and the one on top is about five feet above ground. With this system — no matter how tall or small one is — ripe berries are always within easy reach. 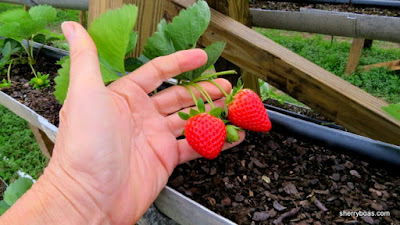 Although Clinton Lowe designed the system, his son Dustin selected the variety of strawberry to plant in the troughs. After visiting strawberry farms throughout Florida, Dustin chose Radiance, a large form berry generally considered to be the juiciest of the cultivars developed by the University of Florida Institute of Food and Agricultural Sciences (UF/IFAS).

Since winter 2016 is the first time Lake Catherine Blueberries will be offering u-pick strawberries to the public, opening dates have yet to be set but the price of the berries will be $3/pound.

“Depending on the weather, we will be opening either the last week of January or in early February,” said Jamie Lowe, who suggested checking the farm’s Facebook page or visiting its website, www.LakeCatherineBlueberries.com.

“We expect to be open one or two days a week and if all goes well,” said Jamie Godfrey Lowe, “we should have strawberries available into our u-pick blueberry and blackberry season in April and May.”