A pair of clouded sulphurs flits around the cassia bush, their yellow wings in sharp contrast to the plant’s green foliage.  Nearby, a zebra longwing, the Florida state butterfly, has lit upon the firespike, a late season bloomer with clusters of tubular red flowers.

Strolling around the house, I notice two Gulf fritillaries on echinaceas and a painted lady on bush sunflowers. 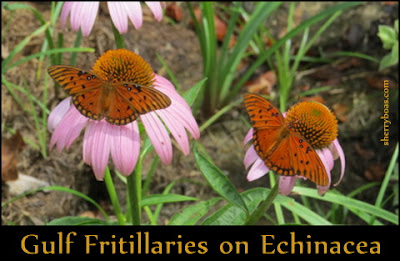 I follow a small Florida white butterfly as it weaves its way through a patch of overgrown grass, lighting at last on a slender blade.  I squat down to get a closer look.  Is it laying eggs?  Absorbing moisture?  Or is it simply resting, preparing to fly off again moments later?

Although my knowledge of the order Lepidoptera has expanded over the years, new questions arise with every sighting.  Is it a male or female and of which species?  Am I seeing a monarch or a viceroy?  Has a palamedes swallowtail landed on the leaf or a spicebush swallowtail?

Not only do many butterfly and moth species share similar features, their quick, erratic movements make close inspections tricky.  Nonetheless, I’m having fun learning.  There are worse ways to spend time than wandering through flower gardens in pursuit of winged beauties.

Books and websites provide a wealth of facts and aid identification but everything I’ve learned began first by paying attention.  Simple observation sparks curiosity.  By watching, I realized that clouded sulphur butterflies are in constant motion, while others like the tiger swallowtail pause long enough on a leaf or flower for me to snap off numerous pictures. 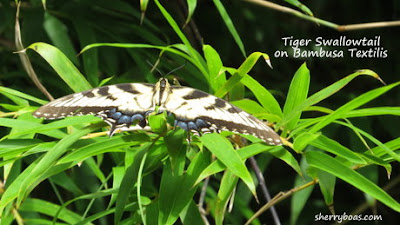 Zebra longwings like to congregate at night in amongst the pine trees.  They form colonies, roosting in clusters on single branch.  I didn’t realize butterflies did this until I chanced upon such a grouping one evening at dusk when Ralph and I were walking through the woods.  What a surprise it was to discover dozens of zebra longwings resting in the same spot.

Puddling is another butterfly behavior I hadn’t thought much about until recently.  Every now and then, I noticed butterflies lighting upon the ground.  Sometimes they landed on concrete, other times in muddy or sandy locations.

I knew butterflies depend on flowers for nectar but I wondered why they sometimes landed on surfaces with no nectar in sight.  It turns out they do so to absorb water and essential minerals like salt.  In most species, only male butterflies do puddling.  The males then transfer those life-sustaining nutrients to females when they mate.

I haven’t seen butterflies mating very often but I’ve frequently caught them doing an aerial dance.  Because butterflies have poor eyesight, the male must swoop close to a potential mate for a better look.  If he correctly identifies another butterfly of the right species and sex, a courting ritual might ensue in which the two flutterers spiral upward until they eventually join forces in an amorous embrace.

Sometimes, however, the male encounters a butterfly of the same sex.  When that happens, the two might engage in a territorial display.  These displays look similar to the male-female courtship except they end with the butterflies parting ways instead of coming together.

A couple months ago, I chanced upon several monarch butterflies in a mating tumble.  What began with two soon evolved into a mass entanglement.  Butterflies engaging in group sex?  I had no idea!  After doing research, I learned the period of sexual arousal for butterflies is brief – sometimes lasting just minutes to hours.

During that time, the male releases powerful pheromones to attract a female.  Apparently, the strong scent sends messages to other males as well.  Sometimes the message says, “This is my territory.  Stay away.”  Other times it’s more a signal to “battle it out.”  The tumble I saw probably involved several male butterflies participating in what scientists call “contest behavior” vying for the favor of a single female.  In the end, only one pair remained.  Mission accomplished, I presumed.

Of the 100 or so moth and butterfly species in Florida, I’ve probably identified just over a dozen and of those, I’d be hard-pressed to differentiate between the sexes.  Such a disparity of knowledge could be seen as a huge task yet to accomplish or as the beginning of an exciting journey of discovery.  Without hesitation, I choose the latter. 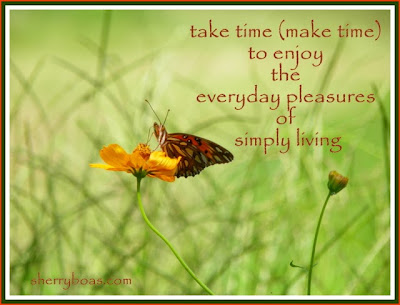