On the way home from the beach yesterday, instead of riding on the sand, I took side streets back to our place at Cedar Dunes.  But just before I got there, I noticed a pair of hawks being chased by bluejays. I pulled over onto the sidewalk, took out my camera and captured the pair just after they landed on top of a concrete utility pole. 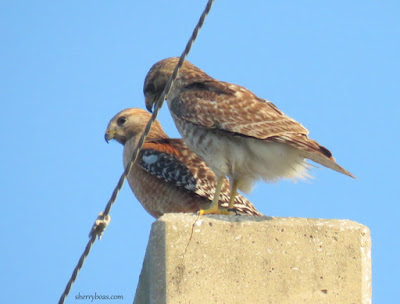 For a few minutes, both birds remained on the platform but then one flew off leaving the other behind.  By then the jays, who had succeeded at their mission of scaring the predators away, also disappeared from sight. 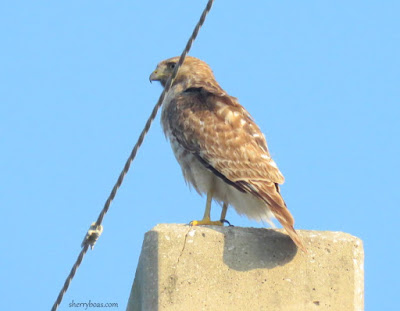 I stayed and watched the lone hawk until it too flew off to places I could not follow. 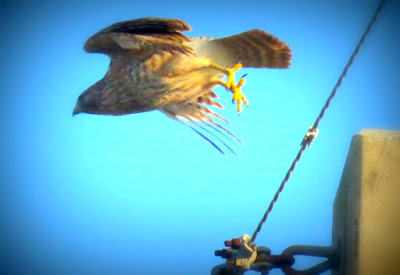 The entire interaction probably took about five minutes but for those few minutes I was transported into a different world.  I love knowing that there's always something special to see if I take time - make time - to be aware of the world outside my door.