Our resident cranes are back

A pair of sandhill cranes has returned to our lake. The tall, redheaded birds arrive at dusk to spend the night on a tiny wisp of weedy land surrounded by water.

Shortly after daybreak, they busy themselves with a bit of preening and stretching before flying off to destinations unknown. Although the birds never stay all day on our property, they stop by occasionally to probe the soil with their sharp beaks in search of seeds, bugs, berries or lizards. Inevitably, they leave, returning to the tiny island only when some inner clock tells them it's time to roost.

Our lake has been a way station for sandhill cranes ever since a mated pair built a nest on a small island that appeared in the middle of the lake in 2001. Sandhill cranes like to raise their young on protected places such as small land masses surrounded by water or wetlands. We had a period of extreme drought 13 years ago and although lake levels have fluctuated widely since then, the cranes' commitment to our property hasn't wavered.

Most years, a pair nests on one of the tiny isles in the north end of the lake and succeeds at raising one or two babies. There have been seasons, however, when the birds didn't reproduce at all or their young failed to survive.

Because I see them in summer when migratory cranes have returned to their northern homes, the pair that spends the night on our lake is among that small group of year-round residents.  I suspect they are the same pair that we've been seeing for years.

One of many interesting behaviors is their tendency to return year after year to the same nesting place. The cranes, which can live up to 20 years in the wild, are monogamous birds with both parents participating in the care of their offspring. Young cranes are called colts. A sandhill crane nest usually includes one or two eggs that hatch after about a month. Occasionally, both baby birds will grow to maturity but often only one bird survives. 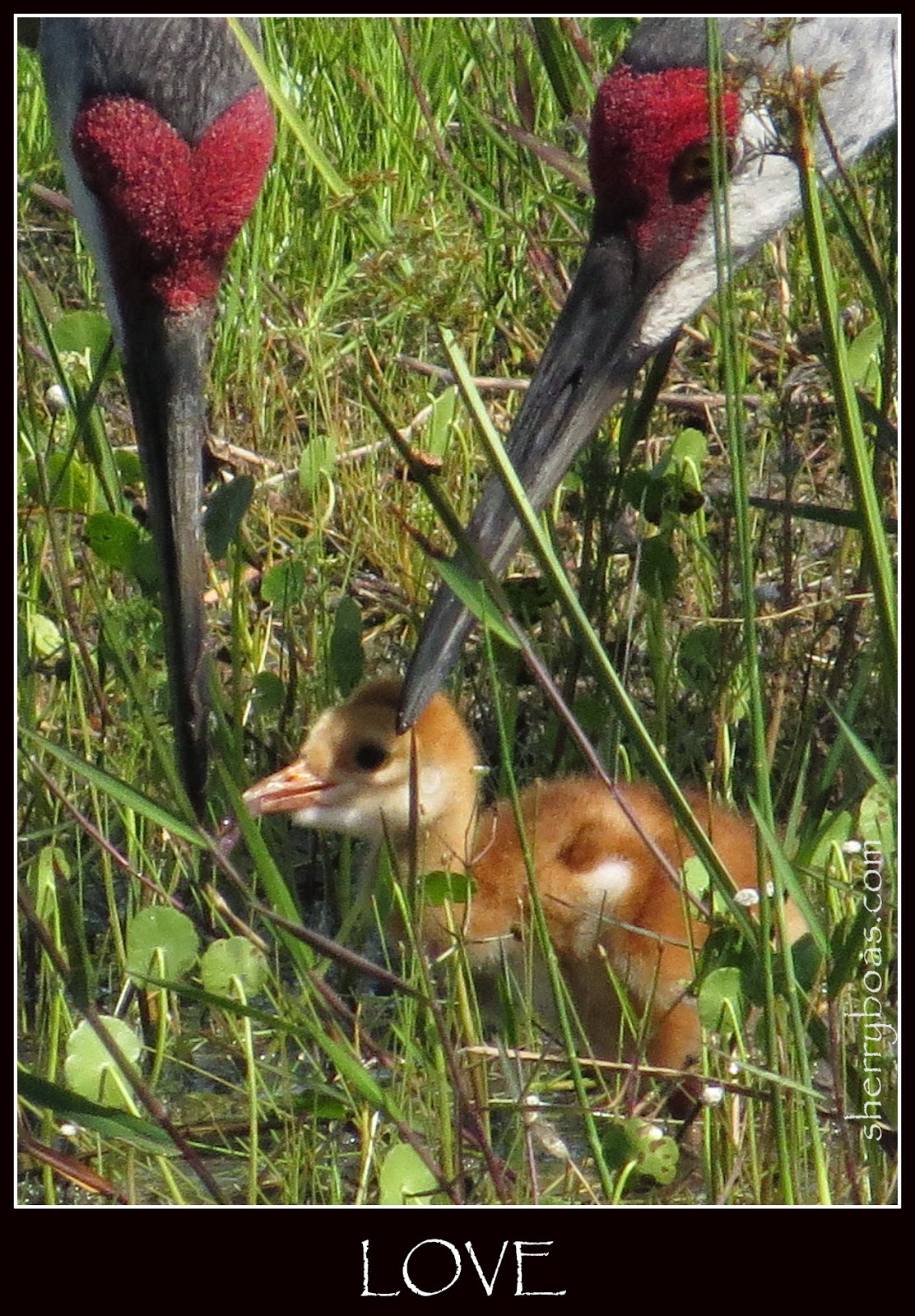 Baby cranes that do live stay with their parents for about nine months before leaving to join a flock of other juvenile birds. These gatherings of immature, non-breeding cranes provide the young birds with opportunity to find mates and engage in courting rituals that include extravagant dancing behaviors. (Click below to see movie of mating dance.) Once mates have been selected, partners often stay together for several years before the successfully raising babies.


Although I often wish the sandhill cranes that spend the night on our lake would spend the day on our property, too, with a population of less than 5,000 birds, I try to be grateful that they come at all.

Please visit my YouTube channel to see several more videos of our resident sandhill cranes and their babies.